The High Flyer was anchored in the main slip of Pier A, directly adjacent to the Grandcamp. The Wilson B. Keene lay across the way from both ships in Pier B and was in the process of loading flour. The High Flyer had finished loading its cargo, but remained anchored at the pier for a series of repairs. In addition to containing about 1,000 tons of ammonium nitrate fertilizer in hold 3, the High Flyer was loaded with 2,000 tons of sulfur within holds 2 and 4. This is significant because ammonium nitrate becomes much more volatile when combined with sulfur. The force of the impact from the Grandcamp jolted the High Flyer enough to be released from its moorings, leaving it to drift across the main slip towards the Wilson B. Keene.

Texas City Mayor Curtis Trahan had appointed Railway Company Vice President Swede Sandberg to oversee relief efforts following the initial blast. Once Sandberg found out that the High Flyer had caught fire, he and the ship's captain ordered the anchor detached so that tugboats could tow the ship away from the pier and hopefully minimize the impact of an inevitable second explosion. The tugboats did not manage to move the High Flyer much; it appeared that something may have wedged the ship in place, preventing it from moving.

The High Flyer sustained minimal damage in the Grandcamp's explosion. The main deck and cargo holds lay loosely intact, though the hatch covers were blown off. Fearing another potential explosion, the High Flyer's captain ordered the anchor raised so he could steer his ship away from the remains of the Grandcamp. Unfortunately, the crew could not manage to lift the High Flyer's anchor, and it continued to drift dangerously close to the Grandcamp's flames. After an hour of trying to bring the anchor up, High Flyer crew members abandoned the ship. Ultimately, the second ship caught fire as well.

At 1:10 am on April 17, only fifteen hours after the explosion of the Grandcamp, the High Flyer's ammonium nitrate exploded, killing at least two people and causing further damage to the port area. The second blast also demolished the Wilson B. Keene, which was only feet from the High Flyer. 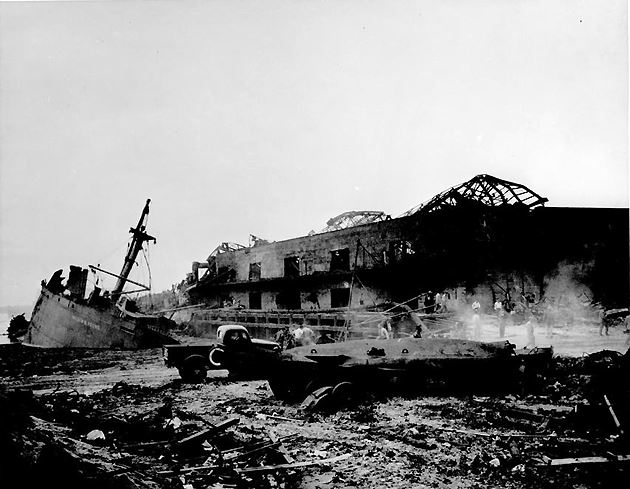 The second blast was anticipated by nearly everyone present. Ben Kaplan of KTHT news in Houston broadcasted live coverage of the second explosion over the radio, Here comes another explosion, you have just heard it. The sky is like broad daylight.

Virtually everyone was removed from the area by the time the ship exploded, limiting casualties from the second blast. The explosion wrecked the Keene and demolished the pier and several nearby grain elevators. Apart from that, it was difficult to tell what was damaged by the first blast and what by the second. Fires started by the first explosion worsened as the second blast spewed more shrapnel, flaming debris, and cargo into the air 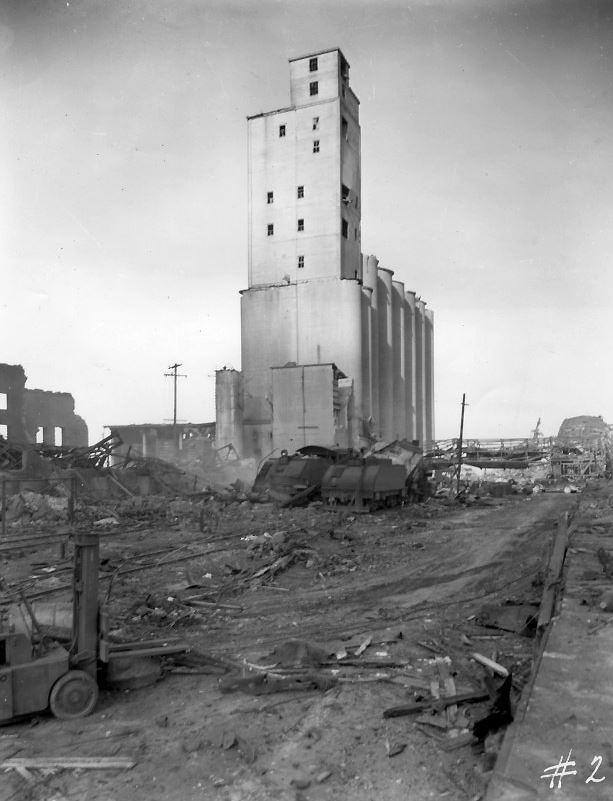