On Saturday, April 19, 1947, Texas City's Ministerial Alliance held a non-denominational memorial ceremony for victims of the blast at the high school football stadium. Over 1,000 people attended the 45 minute ceremony. People from all over the country sent floral arrangements to the service. Later, as churches and funeral homes around the city began to recover, families held individual funerals and burials for their loved ones. Another memorial ceremony was held on May 30 at the fire station on the corner of Ninth Street and Fifth Avenue North to remember the 28 firemen who lost their lives in the explosion.

On June 22, the city conducted an interdenominational funeral service for those whose remains could not be identified. Sixty-three slate-gray caskets, each bearing a floral wreath, were arranged in six rows for the ceremony. The service was conducted by clergymen from the Catholic, Protestant and Jewish faiths. About 5,000 survivors, family members of the dead, reporters, corporate officials, and photographers attended the service. The Texas City Sunday, the local newspaper, ran an editorial describing all affected by the event as having been bound together by a great and common tragedy for which there is no ready word of solace. 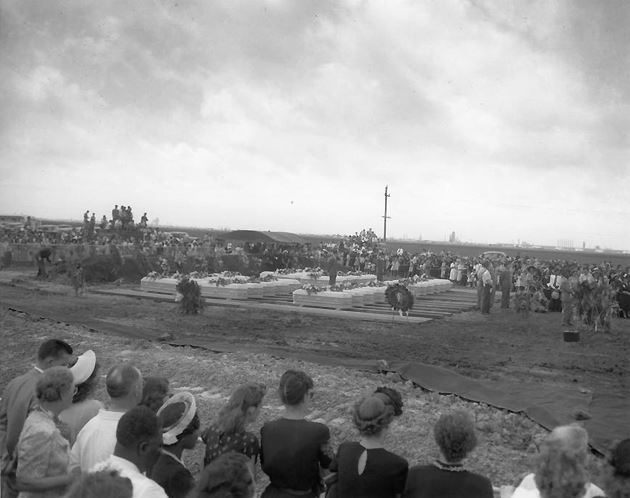