Local longshoremen began loading the sacks of fertilizer onto the ship on April 11, the day of the ship's arrival. By April 16, the day of the first explosion, around 2,300 tons had already been set into cargo holds 2 and 4. Heavy rains slowed the loading of the ship. At about 8 am that morning, eight workmen entered the ship to load the remainder of the bags. 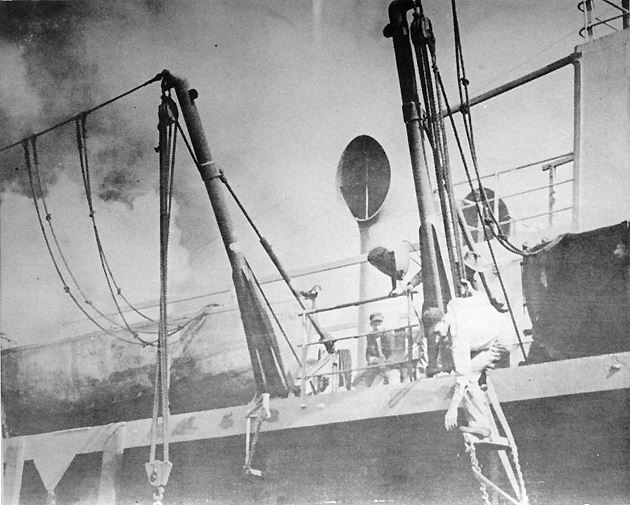 Shortly after the longshoremen entered the ship's holds, they smelled smoke. Soon after, several of the men noticed smoke vapors near the surface of the hold on the inshore side of the ship. After they removed a few fertilizer bags, a small fire became visible ten to fifteen feet below, near the hull. Workers tried to put out the fire with several jugs of water and a fire extinguisher, but the flames continued to spread.

At 8:25 am, the railway terminal sounded a siren alerting the fire department. Two fire trucks were dispatched first, followed shortly thereafter by the two remaining trucks from the city's volunteer fire department. By this time, however, the area beneath the ship's hatches was heating so quickly that it is unlikely that water could have done much good to extinguish the fire. 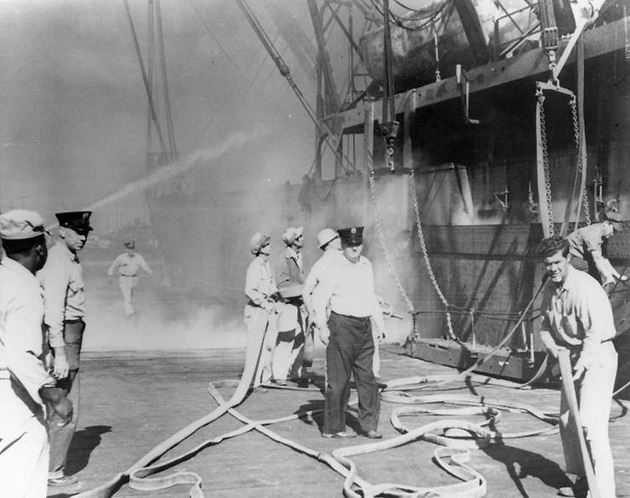 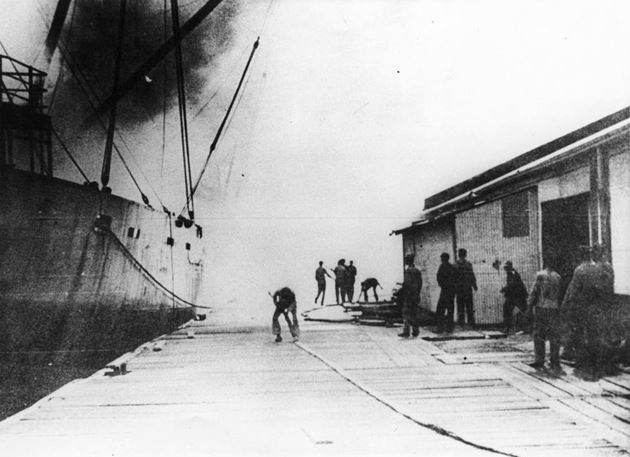 The small-arms ammunition that the Grandcamp had picked up in Belgium lay in wooden boxes in cargo hold 5, separated from the fire by a 0.3125 inch barrier of steel. Workers evacuated from hold 4 were asked to begin moving the ammunition out of hold 5. They had successfully lifted only three out of sixteen boxes (which weighed about 150 pounds each) out of the hold by the time the Grandcamp's first mate ordered the men to exit the ship. With the knowledge that most of the ammunition remained aboard the ship, the day crew evacuated, fearing a potential explosion. The ship's captain decided to try to extinguish the fire by forcing steam into the cargo holds. He hoped this would put out the fire without damaging the cargo on the ship. 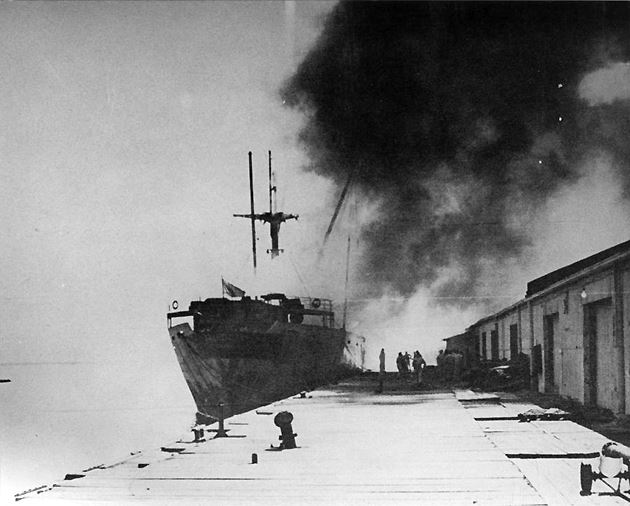 Instead, steam vapors probably liquefied the ammonium nitrate to produce nitrous oxide, an extremely volatile substance. It is also likely that the ammonium nitrate, which can itself produce the oxygen necessary to feed a fire, prevented the steam from dousing any flames. Steam also heated the internal compartments within holds 2 and 4, further escalating the core temperature of the vessel's cargo. The heat of the Grandcamp's cargo quickly approached 850 degrees Fahrenheit, the temperature at which ammonium nitrate will explode. Fuel oil, which lay in tanks between holds 3 and 4, may have ruptured the bulkhead and leaked onto the bags of ammonium nitrate, literally adding more fuel to the fire.