The high school gymnasium was converted into a temporary morgue, and McGar's garage was used as an embalming room. A number of morticians, including some students, volunteered their services as well. In the days after the explosions, 150 embalmers worked on the bodies in the garage. 4 Students from local dental schools were called in to aid with the identification of the dead through dental records. 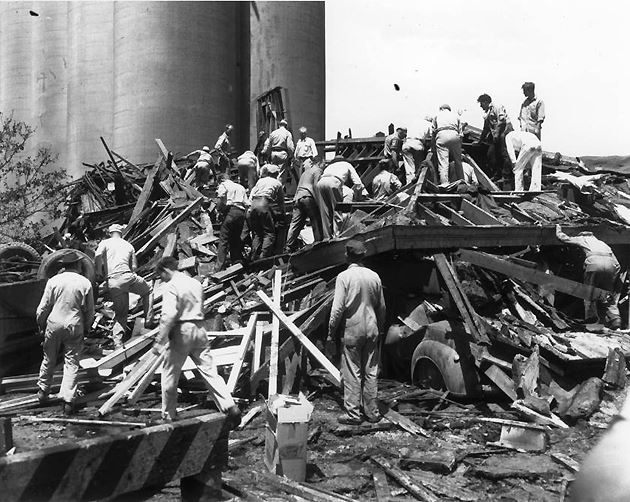 While sources disagree on the exact number of deaths, it is estimated that 500 to 600 people died in the explosion. The wounded numbered into the thousands. An exact count of the dead would have been difficult to get because of the condition of many of the bodies. There were also a number of foreign seamen and non-census laborers present who may have gone unaccounted for.

The work of identifying bodies continued through mid-June of 1947, carried out by the Houston Identification Bureau, the Department of Public Safety, Vic Landig (the chair of the city's Burial Committee), Judge G.P. Reddell, and citizens of Texas City.