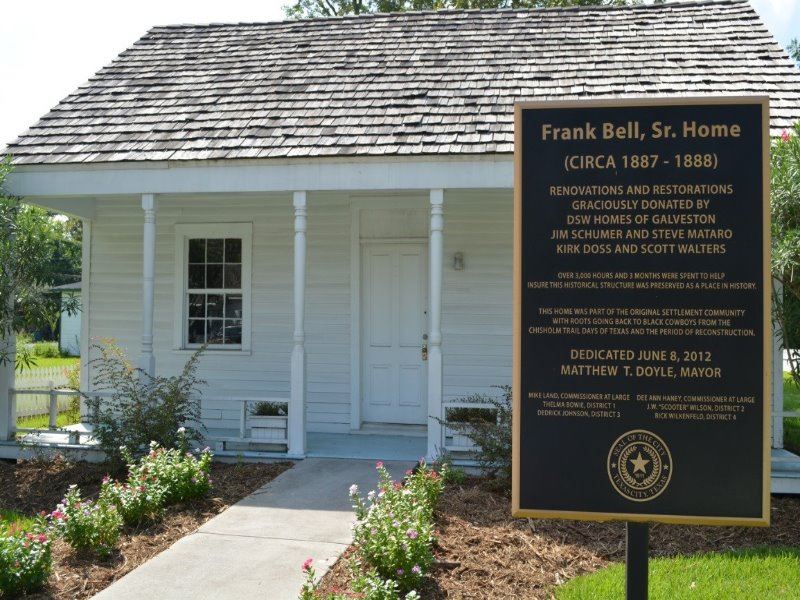 The 1867 Settlement Historic District is the only Reconstruction-era African American community in Galveston County. The community was founded by six families, the:

Many of the family patriarchs were former slaves who then worked as cowboys at the nearby Butler Ranch, driving cattle up the Chisolm Trail. On May 17, 2010, the Settlement Historic District was officially listed on the National Register of Historic Places.

The oldest structure in the 1867 Settlement is the 1887 Frank Bell, Sr. and Flavilla Bell House. Frank Bell, Sr. was the son of 1867 Settlement founders Norvell and Catherine Bell, and Flavilla was daughter of founders Calvin and Katie Bell. The Bell Home is a "dogtrot" style house made of mostly reclaimed wood. The house was donated to the City by members of the Bell family and restored for development as a community museum by the Texas City Parks and Recreation Department.

The house is open sporadically throughout the year. Additionally it can be viewed as part of the Museum's City tours; call 409-229-1660 for details.