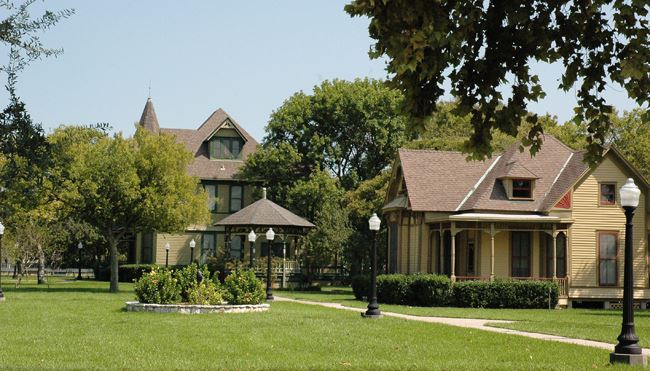 The historical homes in Heritage Square Park are managed by the City of Texas City and the Texas City Historical Preservation Corporation. The Texas City Heritage Association plays a vital part in the interior restoration of the homes.

Texas City's roots go back to the coming of the first Anglo-Americans to Texas.

One early settlement near the present city was by Lieutenant Jim Campbell, a follower of Jean Lafitte. Another was by James Perry, brother-in-law of Steven F. Austin. In 1892, the three Myers brothers of Duluth, MN, and Capt. A.B. Wolvin bought most of the surrounding land and changed the name of the small town from Shoal Point to Texas City.

These developers brought Frank Davison to be resident manager of the Texas City Improvement Company. He and his wife Florence completed their home in 1897. This house is listed in the National Register of Historic Places.