Helen was passionate and active in women's suffrage issues and was encouraged to move into a suffrage leadership position by the Texas Women Suffrage Association's president, Minnie Fisher. In a letter to Helen, Ms. Fisher wrote I am not going to pretend that it is an easy work that I am calling you to, but I believe you are the woman for it. I know your spirit and your fire and they are irresistible. Use them to organize our District! (Letter, 12/07/15, Helen Edmunds Moore Archives).

In the course of her activities, Helen worked with many early activists for women's rights at both the state and national levels, and became interested and involved in politics. 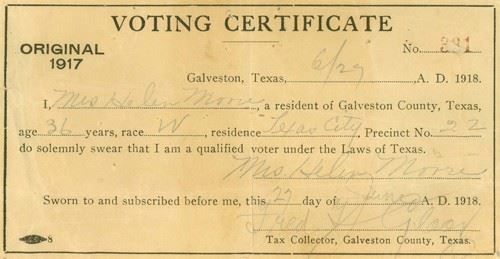 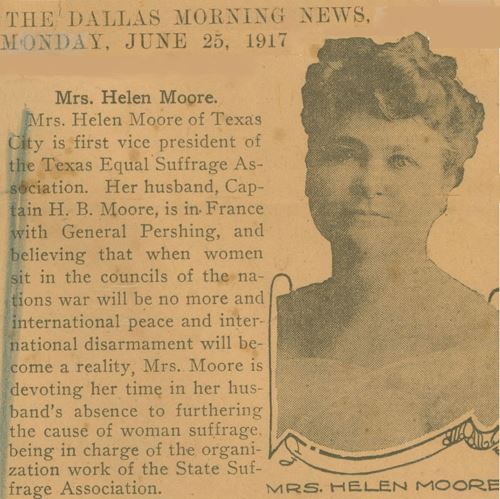 After Texas passed the federal amendment giving women the right to vote in 1919, the Texas Equal Suffrage Association, successor to the Texas Women Suffrage Association, became the League of Women Voters. Helen held the office of President of the Texas League of Women Voters for sixteen months, from December 1923 to April 1925. Her correspondence from this time shows her deep involvement in preparing bills and directing efforts to gain legislative support for the group's proposals.

Shortly thereafter, the League of Women Voters joined forces with the Mothers Congress (the early PTA organization) and the Texas Federation of Women's Clubs to create the Joint Legislative Council. By the close of the 39th Legislature, the Council had achieved more funds for rural schools, centralized control of the state prisons, and continued funding for mothers' and children's health care.

Helen often encouraged other women to take an active part in the political process, and in 1928, decided to run for a seat herself in the Texas House of Representatives.

…I have worked earnestly and faithfully for better citizenship, especially among the women of Texas whose civic and political responsibilities require more active interest in public matters (Campaign statement, 1928, Helen Edmunds Moore Archives). 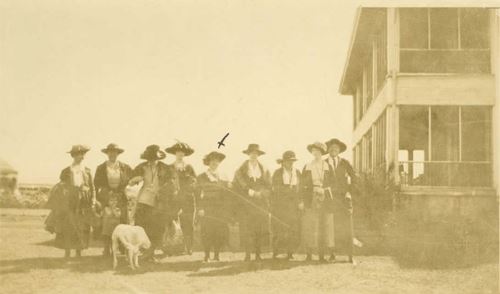 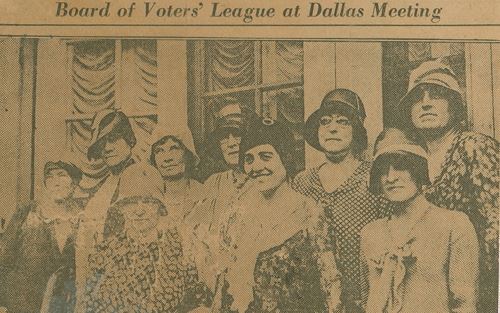 Back Row, Left to Right: