Tin was a vital resource for the Allies. With existing sources of tin either under Japanese control or too difficult to transport across dangerous shipping lanes, the U.S. government decided it was crucial to construct a tin smelter on American soil. Colonel Hugh Moore, president of the Texas City Terminal Railway Company, donated a 100-acre plot south of the Texas City oil docks to the project, securing Texas City's bid to become the location of the only tin smelter in North America.1 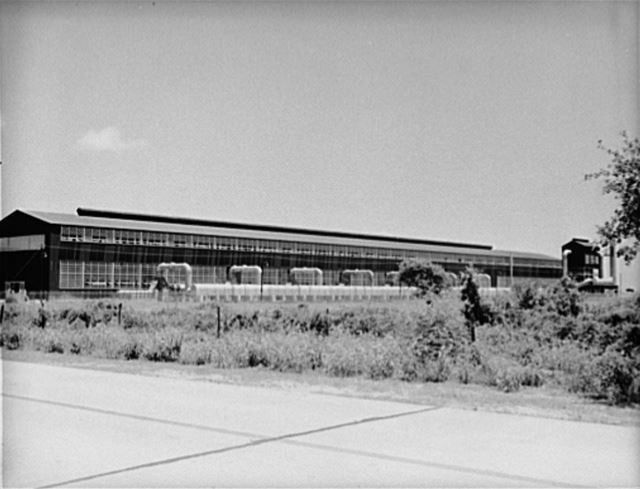 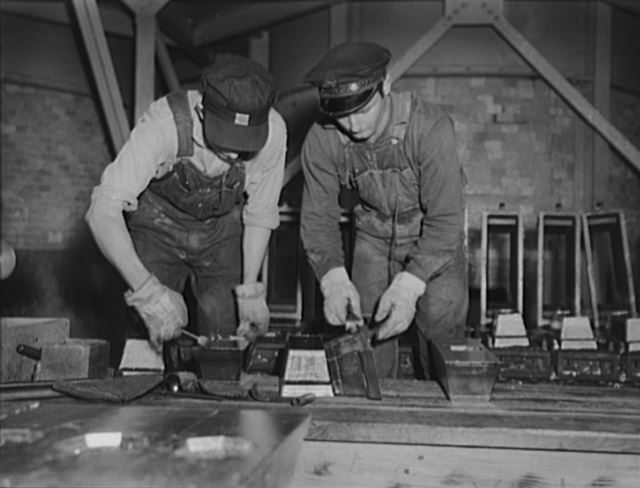 Bars of pure tin are trimmed and cleaned before removal from the molds in which they were formed. (Photo from the Library of Congress Website)

Beginning of the Tin Smelter

The Longhorn Tin Smelter was built at a cost of $3.5 million and opened on April 5, 1942. Workers at the smelter stamped the finished tin ingots with a pair of longhorns. In the same spirit, Colonel Moore presented the plant with a pair of real longhorn steer horns to keep on the property. Before the war's end, the Longhorn Tin smelter was refining 44 percent of the world's supply of tin.2 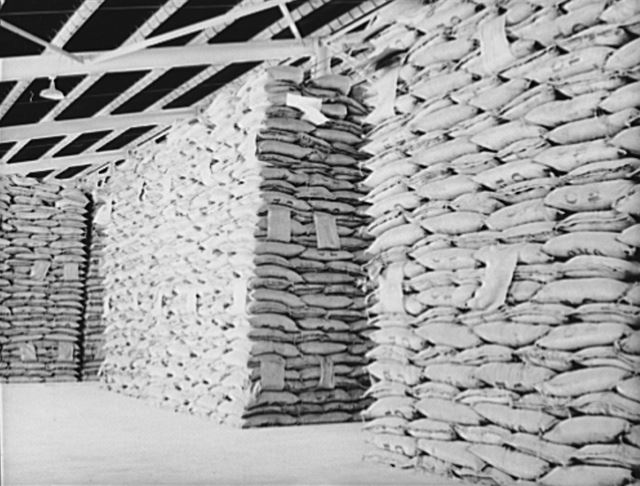 Raw Tin from South American mines is stored at the smelter, where the pure metal will be extracted. Each stack of bags represents a $15,000 value. (Tin photo from the Library of Congress Website)

The Monsanto Chemical Company was another beneficiary of the DPC's wartime building program. The DPC built a plant to manufacture styrene on the location of Texas City's defunct sugar refinery, which was to be managed (and later bought by) Monsanto. Construction on the $5 million plant began in March 1942. It took as many as 3,000 men working for several months around the clock to erect the facility. When Japanese forces effectively cut off the U.S. from the natural rubber supply in Asia, the Rubber Reserve reacted by cranking Monsanto's production capacity to 50,000 tons of styrene a year - enough to replace 60 million rubber trees. But the country's needs grew so drastically that in 1944, Monsanto's output was again raised, this time to 60,000 tons annually.3 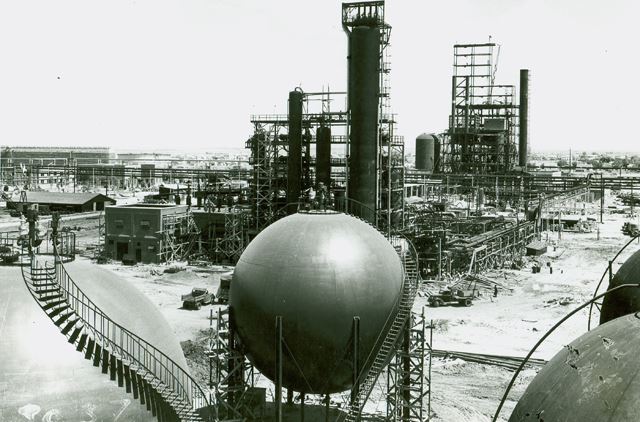 The DPC also expanded two existing Texas City refineries, Southport Petroleum and the Republic Oil Refineries, adding units at both to produce aviation fuel. By 1944, the refineries churned out thousands of barrels of 100-octane gasoline for the Allied nations, manufacturing the ingredients, blending them and delivering the critical aviation fuel in half the usual time.4

Another defense contract was awarded to M.W. Kellogg, a construction firm who built a pipe-bending plant in Texas City in 1941 to supply Navy ships being built in Houston. (Benham, 1987, p. 256).

The Kellogg firm was the only plant in Texas City financed by the DFC that did not continue operation after the war.