From the 1870s to the early 20th century, schools for Texas City children were informally organized, with both location of the building and the teachers changing frequently. As the area population increased, the need for a formalized education system became more critical, and in December 1904, the first Texas City School Board of Trustees was elected. The Board moved rapidly to organize the education system, and in January 1905, formed the Texas City Independent School District (TCISD). 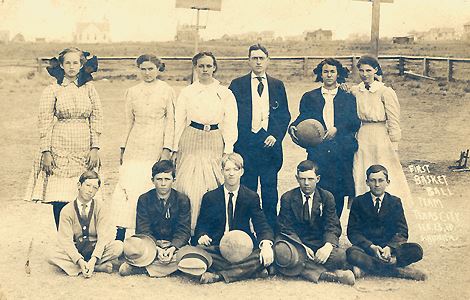 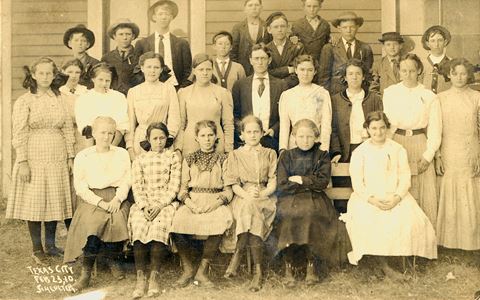 The first public school in Texas City was housed in a wood-frame building on 3rd Avenue and educated students in grades one through eight. Called Central School, it was expanded twice due to an increased number of students. Within five years, the number of school age children in Texas City required even more space. After a bond issue was passed in 1910, TCISD began construction on Kohfeldt Elementary School on land donated by Franz Kohfeldt. This school housed students from grades one to five and remained in use as an elementary school until 1939. Funds from the 1910 bond issue also paid for construction of the Wolvin School (later named Wolvin High School), which was located at 3rd Street and 6th Avenue North on land donated by A.B. Wolvin. Both schools were completed by 1912. Students in the fifth, sixth and seventh grades attended classes at Gonne School in 1920 after that two-story business building was renovated for use as a school.

Read the first copy of the Texas City Yearbook the Stingaree (PDF).

The first school for black students was opened in 1912, meeting in the First Baptist Church on 1st Avenue where Mrs. Drucilla Kittrell taught grades one through seven The school was moved to several other locations during the next three decades (Alridge et al., 1995).

In 1928, more bonds were issued to build Central High School on 3rd Avenue North for grades 8 through 11. The Wolvin High School building was converted to an elementary school that same year.

By the mid-1930s, space was once more an issue and yet another bond issue was passed to construct new school buildings and to expand high school facilities. At Central High School, separate buildings were constructed to provide gymnasium, home economics and vocational facilities. In September 1939, two new elementary schools, Danforth and Heights Elementary Schools, were opened. The older facilities at Wolvin, Kohfeldt and Gonne schools were closed (Texas City Sunday Progress/Horizon issue, February 23, 1992).

In the late 1930s, Principal George Sanders began calling the elementary school for black students the Booker T. Washington School. In 1945 at that school, a new brick building was built to replace the old wooden school building serving black Texas City students in grades one through seven. Black students who wished to attend high school went to Central High School in Galveston. 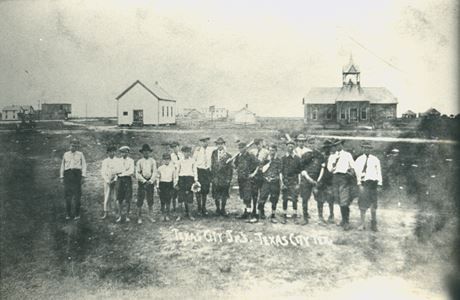 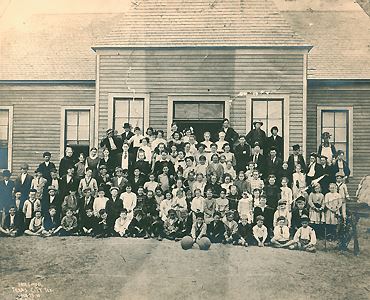 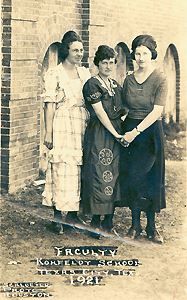 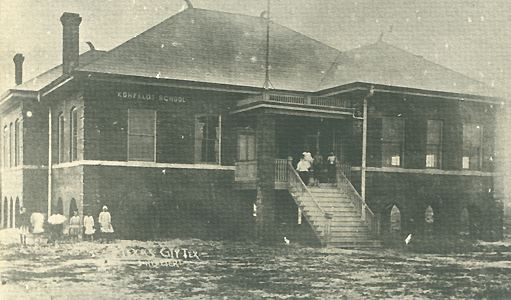 Population in Texas City increased dramatically during the next two decades, from 5,748 in the 1940 Census to 16,620 in 1950, up to 32,065 in 1960. Classes in the school district were held in two shifts of a half-day each, so that all students could be accommodated in the existing buildings. In 1941, overcrowding forced the reopening of the Wolvin school building as a junior high for about two years, but the school closed permanently in 1943 due to severe hurricane damage.

In July 1945, a successful $750,000 bond issue provided the school district with funding for several new facilities. World War 2 caused shortages of construction materials which lead to delays in construction; it was almost two years before these new buildings opened.

In September 1947, despite some damage from the explosions of the Texas City Disaster that had occurred in April of that year, the school district opened operations in the new facilities. The new buildings included a facility for black eight- and ninth-graders at the 2nd Avenue Booker T. Washington School, as well as a new high school, named Texas City High School, on 14th Avenue. One year later, Roosevelt and Wilson schools were opened near 16th Avenue.

Throughout the 1950s, TCISD continued to build and renovate to accommodate the growing population of school children. Levi Fry Junior High School was constructed in 1954. Kohfeldt Elementary was rebuilt and Northside Elementary opened on 21st Street. A new building for Texas City High School was erected on 9th Avenue to replace the old high school, which became Blocker Middle School.

Desegregation was phased in to the school district in the 1962-1963 school year. One grade per year was integrated, beginning with the 12th grade in 1962. In 1965, Booker T. Washington High School was closed, as full integration of Texas City High School had been implemented. Full integration of TCISD schools at all grade levels was completed in 1969 (Alridge et al, 1995).

In the 1970s, Roosevelt and Wilson schools were combined to form Roosevelt-Wilson Elementary School. Texas City Independent School District continued to renovate and expand some facilities over the next three-and-a-half decades, but building of new schools slowed as the population stabilized.

In November 2007, a large bond issue was passed to fund a multi-year, phased building program to include the construction of three new schools and renovation and/or relocation of four more schools, as well as major upgrades to technology, infrastructure and other TCISD facilities (TCISD website, 2010).

Two private schools currently operate in Texas City. Founded in 1949 by the Sisters of Charity of the Incarnate Word, Our Lady of Fatima Catholic School at 1600 9th Avenue N educates students ages pre-K through grade six. Mainland Christian School at 3210 I-45 North was started in 1998 and covers ages pre-kindergarten through grade four.