Funding to maintain the war effort was largely accomplished through taxes and the selling of war bonds. War bond rallies were held in many communities, including Texas City, to encourage all citizens to participate in the war effort.

Wanda Applegath talks about different ways you could support the war:

Wanda Applegath: Now war bonds were a big thing. And also, not everybody could buy a war bond. The smallest bond was $25, I think. I really think so. But you could buy stamps, and amass them in a book until you had enough to buy a bond. And it was not-sometimes at the theater, the movie theater at the college town, would sell stamps. Twenty-five cents and you had a book to paste them in. 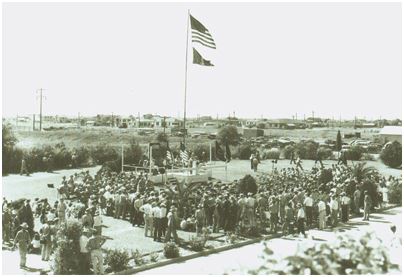 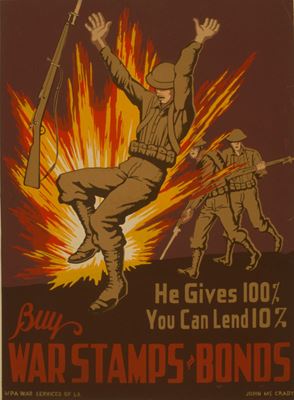 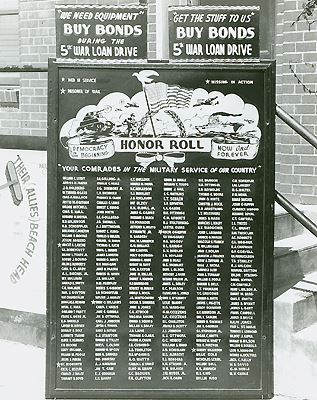 Poster encouraging purchase of war stamps and bonds to help fund the war effort showing a soldiers near an explosion during combat. (Photo from the Library of Congress Website)