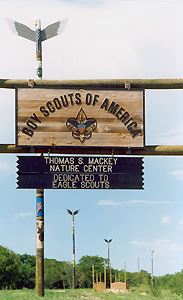 Texas City has a great hike-and-bike trail that continues throughout the city. The first trail, the Rotary Fitness Trail, was dedicated by the Rotary Club on June 2, 1981, and was located in Nessler Park, behind the Lowry Fitness Center. The trail was one-and-a-half miles long and included 18 fitness stations (Rotary Fitness Trail, 1981). Then in 1994, planning began on the Texas City Trails project, a two-phase project for constructing hike-and-bike trails across Texas City.

The first phase was dedicated on June 15, 1999, and included a five-mile segment that reached from the central municipal complex to the Bay Street Park (Andrews, 1999). The second phase was dedicated on October 20, 2000. The entire project cost a total of $2.3 million of city, state, and federal funds and is now a 12-mile trail in total (Brinly, 2000). The trails are a minimum of 10 feet wide and should accommodate a bike rider, rollerblader, and jogger all at the same time (Dale, 1998).

The trails go from Bay Street to the end of the Sanders Center and 12th Street to the corner of 4th Avenue South (Brinly, 2000) The trail also provides connections between the parks and several schools, including Blocker Middle School, Roosevelt-Wilson Elementary, Fatima, Texas City High School, and Kohfeldt Elementary (Dimitri, 1995).