College of the Mainland

In 1966, citizens living in the 237-square mile area bounded by the school districts of Texas City, La Marque, Santa Fe, Dickinson and Hitchcock formed the College of the Mainland Junior College District and voted to approve a $2.85 million bond issue to support the creation of a community college to serve mainland Galveston County residents (College of the Mainland, 2008). College of the Mainland (COM) opened in September 1967 with an enrollment of 414. Herbert F. Stallworth was the first president of COM, and Fred A. Taylor served as the school's first Dean of Instruction (Dahaczko, n.d.). The college was then, and continues to be, governed by a seven-member Board of Trustees elected by citizens of the College District. Funding for the college is provided through local property taxes, the State of Texas, and federal grant money (Dahaczko, n.d.). 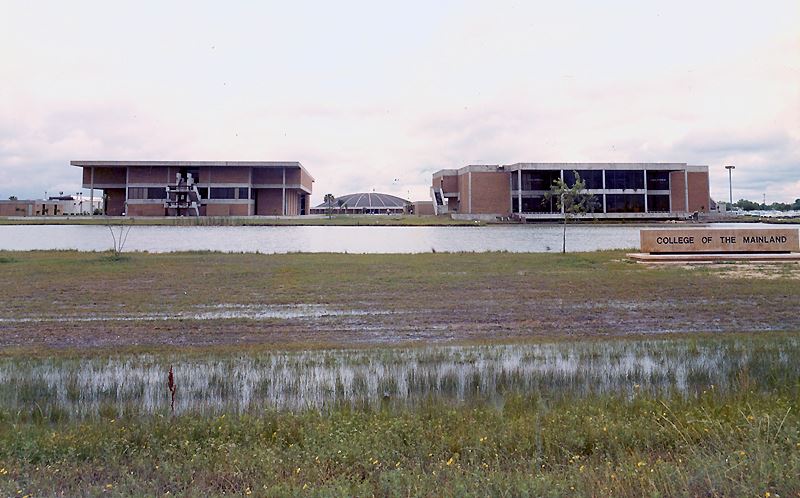 The college was originally housed in the old Booker T. Washington school until the permanent facility was completed in 1970 on 120 acres at Palmer Highway and Amburn Road in Texas City (Aulds, 1997). Shortly after it opened, COM's original board of trustees established the school's official mission as follows: "to provide quality educational opportunities for the whole community" (Richard, 1992).

In 1972, voters in the College District passed a $4.75 million bond issue for the construction of additional buildings on campus. In 1985, a 20,000-square-foot technical-vocational building housing a computer lab, administration offices and a child development center was added (COM, 1987). Further building projects in 1991 and 1999 included an auto mechanics workshop and a public service careers complex to train police, EMS and fire personnel as well as pharmacy technicians. In 2003, a COM satellite learning center was opened in nearby League City to serve residents of north Galveston County, offering a variety of continuing education courses and transferable college credits (Welcome …, 2009). Voters rejected a subsequent bond issue in 2007 (Stanton, 2007).

College of the Mainland Today