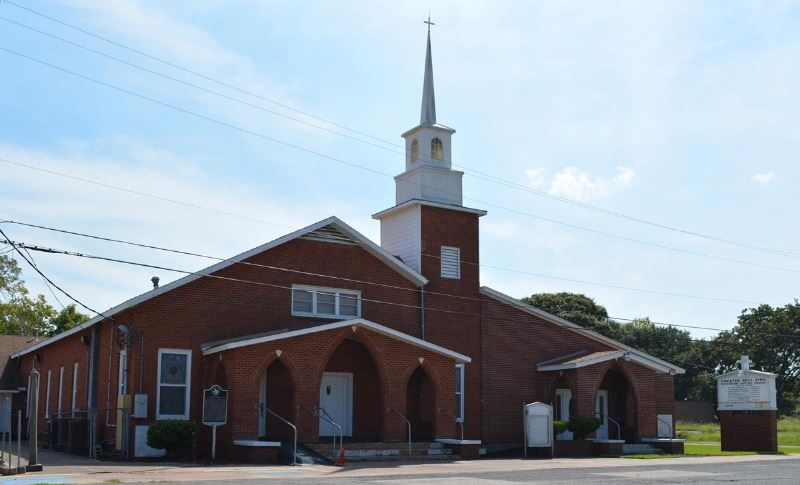 In 1915, the church was damaged yet again, first by another hurricane42 and then by a mysterious fire.43 Increasingly, men took on railroad jobs at the newly established port in Texas City, or positions at the oil refineries. Despite the professional shifts, rodeos remained a favorite pastime.44

In 1938, the first public school in the 1867 Settlement opened its doors with Pinkney Simpson Simms serving as its principal. It consisted of primary, elementary, junior high, and senior high departments and had thirteen rooms.46 The school eventually expanded to include a gymnasium and an auditorium before it was closed during desegregation in the 1960s.47

As the community continued to grow, Carver Park was established in 1948 in west Texas City48 from land donated by Frank Bell, Jr. Bell sold 20 acres and donated five acres to Galveston County in 1948 so that a park serving African Americans in Galveston County could be built. More than twenty years later, the county gave the land to the City of Texas City and the city completed construction of the Carver Center in 1973, granting access to a pavilion with a swimming pool, two lakes, and other facilities.49

The expanding congregation of Greater Bell Zion erected a new church building in 1950.50 After World War II, the 1867 Settlement had grown well beyond its original borders and spilled into the neighboring community of La Marque. It now included several general stores, a pharmacy, a photographer's studio, several gas stations, a hotel, a lumber company, restaurants, beauty shops, barbershops, night clubs, and had its own doctors.51 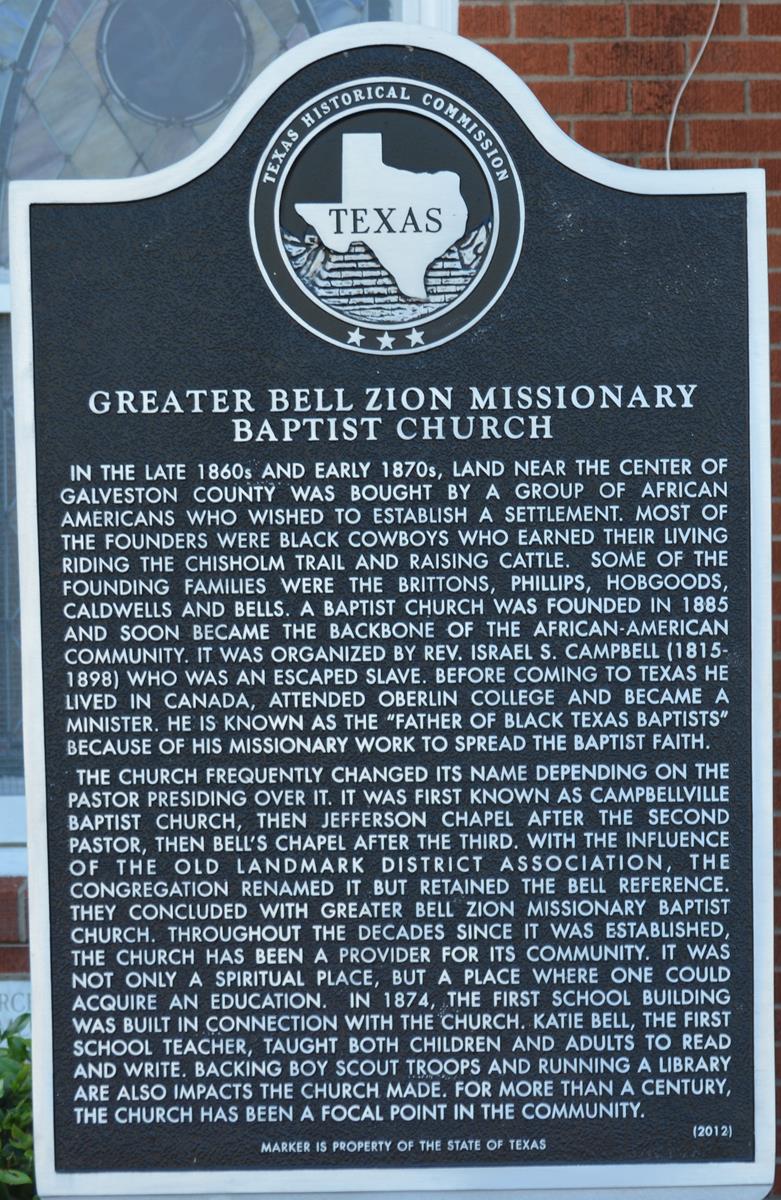