In 1864, a Confederate containment camp was erected at Clear Creek in Galveston County. Slaves from nearby plantations and ranches were held there as a labor force. After recovering from war injuries in Louisiana, George Washington Butler, a young stock raiser from northern Galveston County, returned with his new wife and her slave so that Butler could preside over the Confederate containment camp.

For the Confederacy, using slave labor enabled soldiers to remain on the battlefield. Slaves were used for building fortifications and railroads.1 Kneeland Britton and his sons, Thomas and William, Calvin Bell, and Thomas Caldwell were slaves at the containment camp who assisted on cattle drives. The men helped move cattle to different locations throughout the Confederacy to feed the troops.2

Following their release from the containment camp at Clear Creek, the freedmen were employed at the Butler Ranch (located in present day League City). Kneeland, William, and Thomas Britton, Calvin Bell, and Thomas Caldwell became cowboys at the Butler Ranch, assisting Butler on cattle drives along the Chisholm Trail. The Butler cowboys wrangled cattle on the open range and drove them through Native American Territory through Kansas, receiving $50 for every month they were on the trail.3 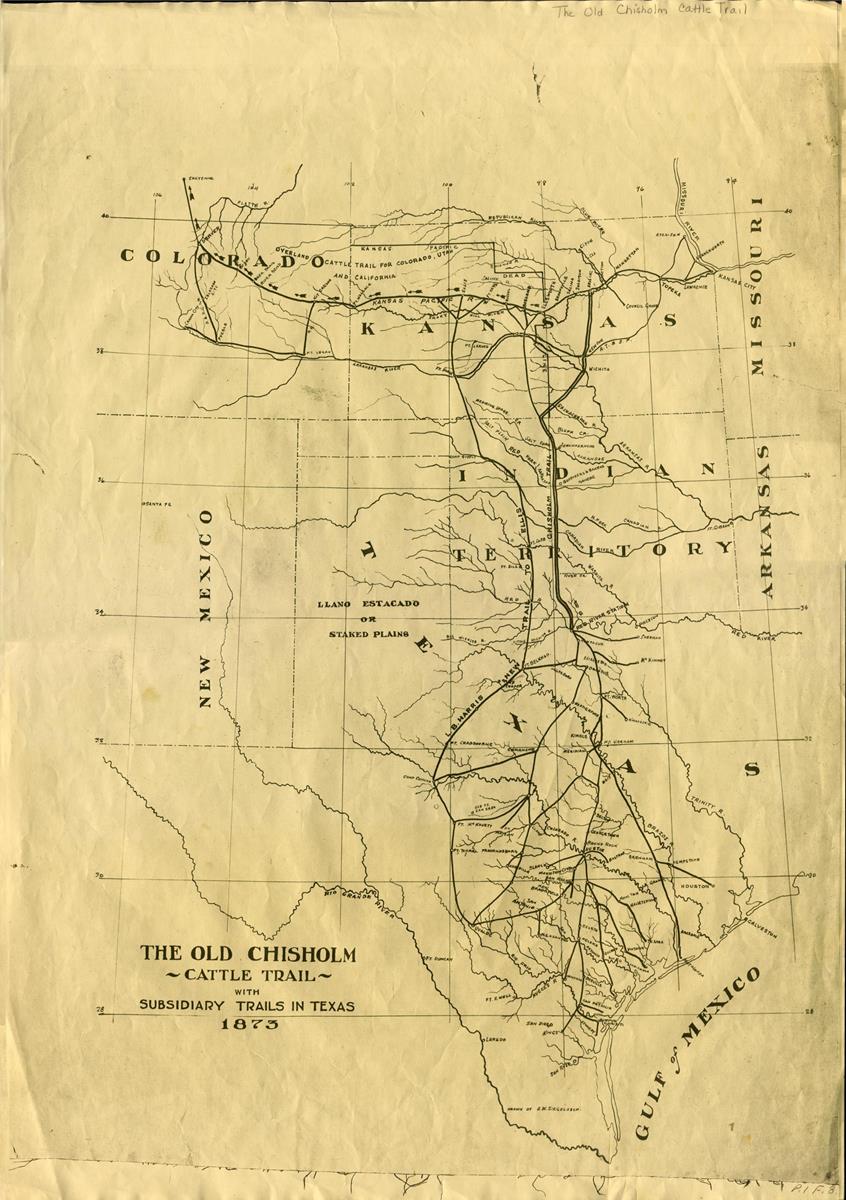