The U.S.S. Westfield, a refurbished Staten Island ferry, was the flagship of the Union fleet that controlled Galveston harbor from October 4, 1862, to January 1, 1863. This fleet was part of the Union blockade designed to isolate the Confederate states and cut off Southern trade. 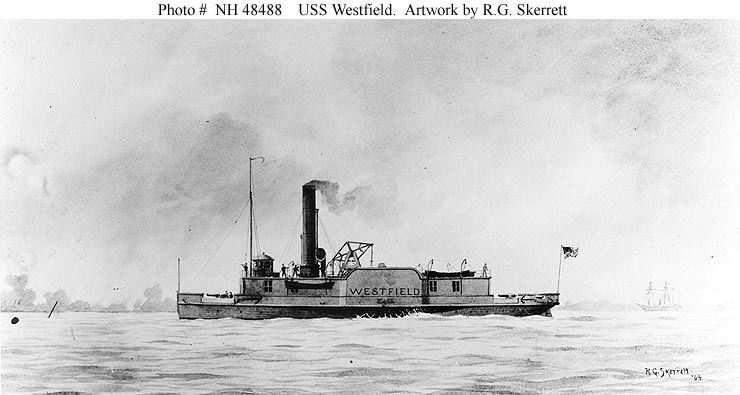 On December 31, 1862, 300 Confederate soldiers sailed from Houston in two gunboats to assist in the coming battle. They arrived in Galveston harbor near midnight, then retreated to Shoal Point (near present day Texas City) to wait for the Confederate land attack to begin. A short time later while going to investigate the Confederate gunboats, Commander Renshaw ran the Westfield aground on a nearby sandbar. Attempts to free the ship were unsuccessful and the flagship remained immobilized. 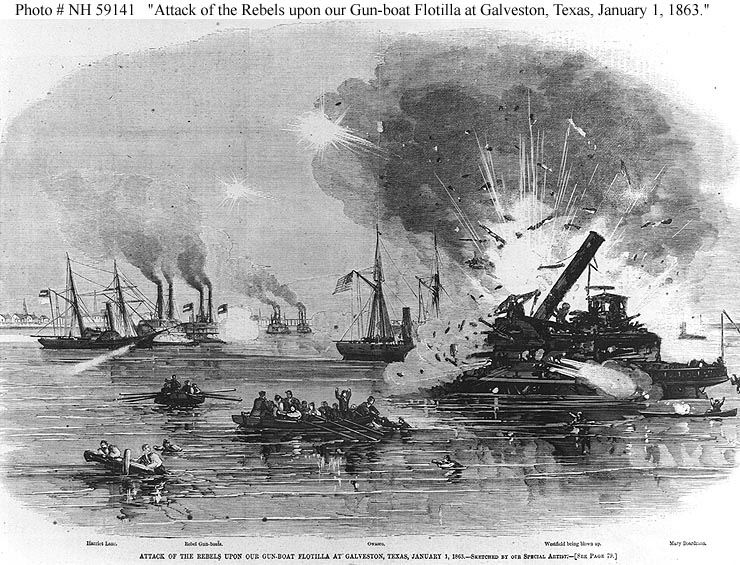 Hearing the gunfire, the two Confederate gunboats sailed back into the harbor. With the Westfield still aground, the Confederate ship Bayou City succeeded in ramming the Union ship USS. Harriet Lane. Confederate troops boarded the Lane and demanded the surrender of the crew and of the entire Union fleet. 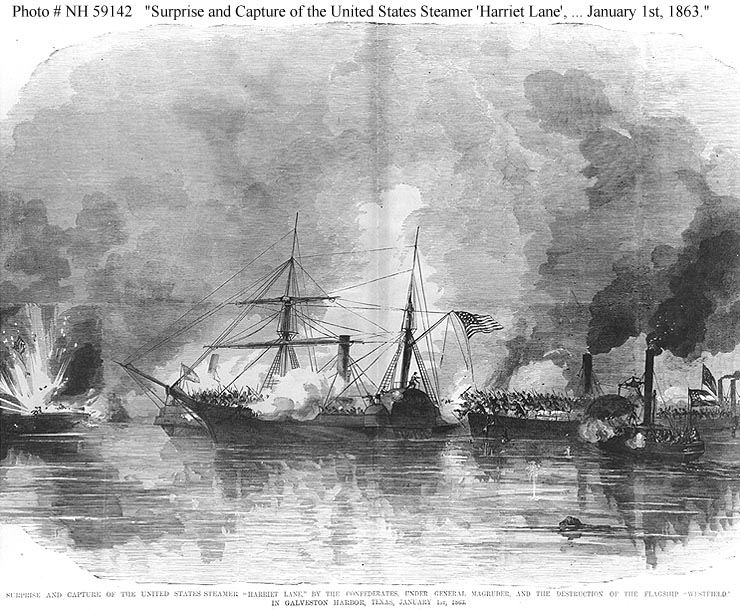 Commander Renshaw ordered his remaining vessels to leave the harbor rather than surrender, and had explosives set to scuttle the immobile Westfield. Tragically, the resulting explosion not only destroyed the Westfield, but also killed Renshaw and some of his men.

Following Renshaw's last orders the remaining Union ships sailed away, escaping Confederate capture, but were forced to abandon the Union infantrymen on shore. Those soldiers were taken prisoner, and Galveston remained under Confederate control until the end of the Civil War.