For a time in the early 1800s, the coastal areas in and around Galveston Island were home to the legendary pirate and privateer Jean Lafitte. He profited greatly from the region's natural harbor, relative obscurity and easy access to highly trafficked waters of the Gulf of Mexico and Caribbean Sea. Sources contradict each other regarding both Lafitte's origins and his death; some state that he was born in France, others in a French colony. He was probably born some time around 1776. The circumstances of his death are equally unclear. Sources variously place his death in the southern United States, the Yucatán, and Central America in or around 1823.

Jean and his brother Pierre were crafty businessmen in addition to being experienced seamen, a profitable combination at a time when European colonial powers were themselves occupied by the Napoleonic Wars and piracy at the fringes of the American frontier wasn't well policed (Block, 1991). The Lafitte brothers' prowess at plundering ships and their subsequent profiteering was aided by their ships' "letter of marque" status, or license allowing the Lafitte gunships to freely attack and "privateer" designated foreign or enemy trading vessels (Gayarre, 1965).

The Lafittes moved their base of operations to Galveston after the War of 1812, when the brothers agreed to become spies for the government of Spain. At the time, Spain was attempting to suppress revolution in Mexico and intended to use the Lafitte brothers to gather inside information about the revolt from the front lines (Gayarre, 1965). Despite their business arrangement with Spain, the Lafittes continued to busy themselves privateering Spanish galleons on behalf of various Spanish colonies like Mexico and Colombia, which opposed Spanish rule (Block, 1991). Lafitte erected accommodations for his men on the bay side of Galveston Island, creating a temporary shanty town and calling it Campeche or Campeachy. By 1818, the population had grown to around 800 people, including Lafitte, his men, their families, and a number of African slaves from captured Spanish ships. Remnants of Lafitte's own personal quarters on the Island, the "Maison Rouge," still exist today (Gayarre, 1965).

James Jim Campbell originally came into contact with the Lafitte brothers in New Orleans in 1815 (Block, 1991). Born in Ireland in the late 18th century (sources do not agree on the exact year), Campbell immigrated to Maryland with his family at a young age. Campbell was an apprentice ship builder in Baltimore in his youth and enlisted in the U.S. Navy just prior to the War of 1812 (Articles, 1998 and Block, 1991). During wartime, Campbell played an active role as a naval midshipmen and dockyard ship builder, and served under Commodore Perry at the Battle of Lake Erie.

In 1817, James Campbell moved to Galveston Island and Campeachy with his wife Mary Sabinal, a ferryman's daughter from Crow's Ferry, located in present-day Sabinetown, Texas. After serving Lafitte in mostly administrative capacities throughout 1817, Campbell was appointed the captain of the schooner Concordin in early 1818. The Concord was a privateer ship fitted with five large guns and a crew of 75 men (Articles, 1998). From his first cruise under Lafitte until his last in 1820, Campbell's ships led all other Lafitte ships in the quantity of booty and commandeered cargo.

Lafitte would regard Campbell as one of his best secret officers and he liked and trusted him very much (Block, 1991). Despite the authority granted by the letters of marque for Campbell's ships to liberally attack and commandeer enemy ships, the captain usually released the crews of captured vessels after arriving on land. A cabin boy named Charles Cronea serving under Campbell aboard the Hotspur remarked that he'd "never seen a single man murdered" during his time spent with the captain. Lafitte also employed Campbell on various clandestine missions to New Orleans and even entrusted him with the task of acquiring a new gunship from Baltimore, Maryland (Block, 1998). 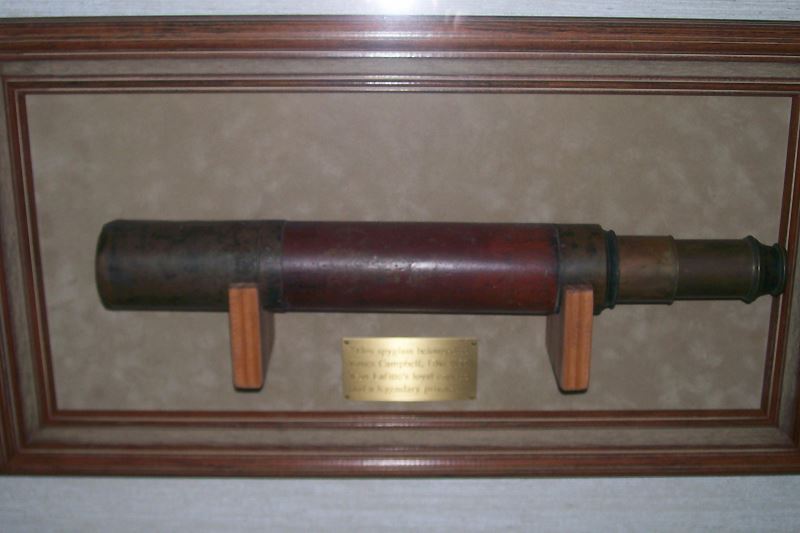 The line between legal privateering and illegal piracy was a fine one. And while Campbell and several other privateers under Lafitte always maintained that their operation was legal and within the bounds of the maritime regulations, incidents of piracy among Lafitte's men were well-known. Lafitte established a judicial system at Campeachy to deal with renegades who deviated from attacking only designated Spanish cargo ships (Block, 1991). Captain Campbell was one of the five presiding judges on this court. Those found guilty by Lafitte's court were sometimes hanged. Nevertheless, President James Monroe received complaints from the Spanish ambassador concerning legitimate Spanish vessels being pirated by Lafitte's ships, prompting Monroe to send an emissary to investigate the situation. This chain of events ultimately put an end to Lafitte's Galveston operation (Block, 1965).

Following Lafitte's departure from the Texas coast in 1821, James and Mary Campbell remained in the region, ultimately settling on a plot of about 1500 acres at Campbell's Bayou (Articles, 1998). Captain Campbell became a farmer and remained so until his death in 1856. He was a reserved man and remained largely uncommunicative about his days serving under Jean Lafitte (Block, 1991). The Campbells' daughter Diana grew up to marry Solomon Parr, another local farmer, and their children and descendants comprised some of the region's first official residents (Services, 1930). A nautical telescope that once belonged to James Campbell is presently on display in the Texas Room of the Texas City-Moore Memorial Public Library.