U.S. Census for 1850 records a very small population for mainland Galveston County. Census records document 24 registered houses with 24 families, for a total census count of 80 males, 73 females, 14 male slaves and 15 female slaves. Most of the population had small cattle ranching or herding operations, raised fruit, or were fishermen.

In the years before 1890, several small settlements were established on the Galveston County mainland in the area now incorporated with the city limits of Texas City. Land grants issued by the Republic of Texas (1836 to 1846) led to the founding of some very small communities, but population was sparse and most of the settlements did not survive more than a few years. 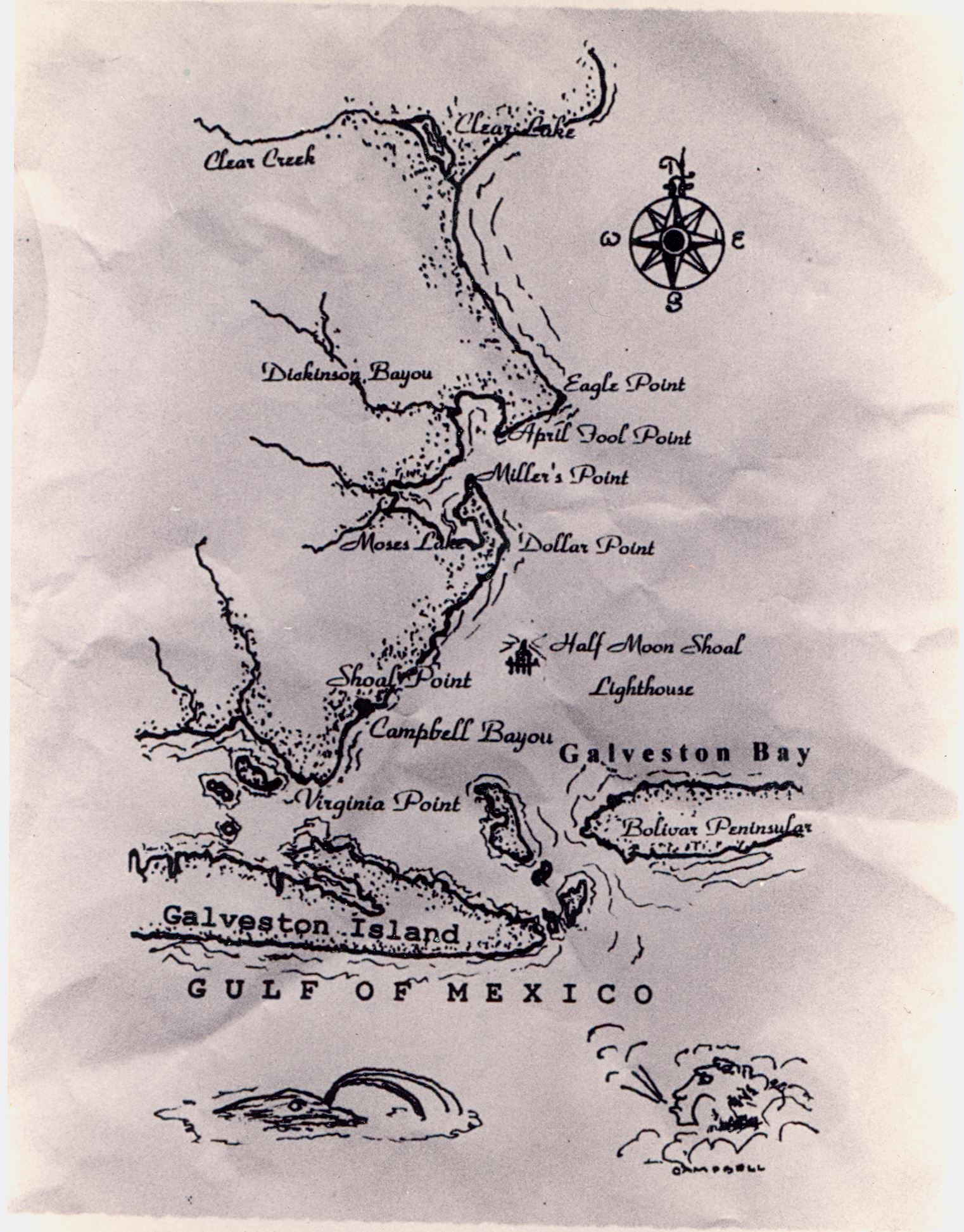 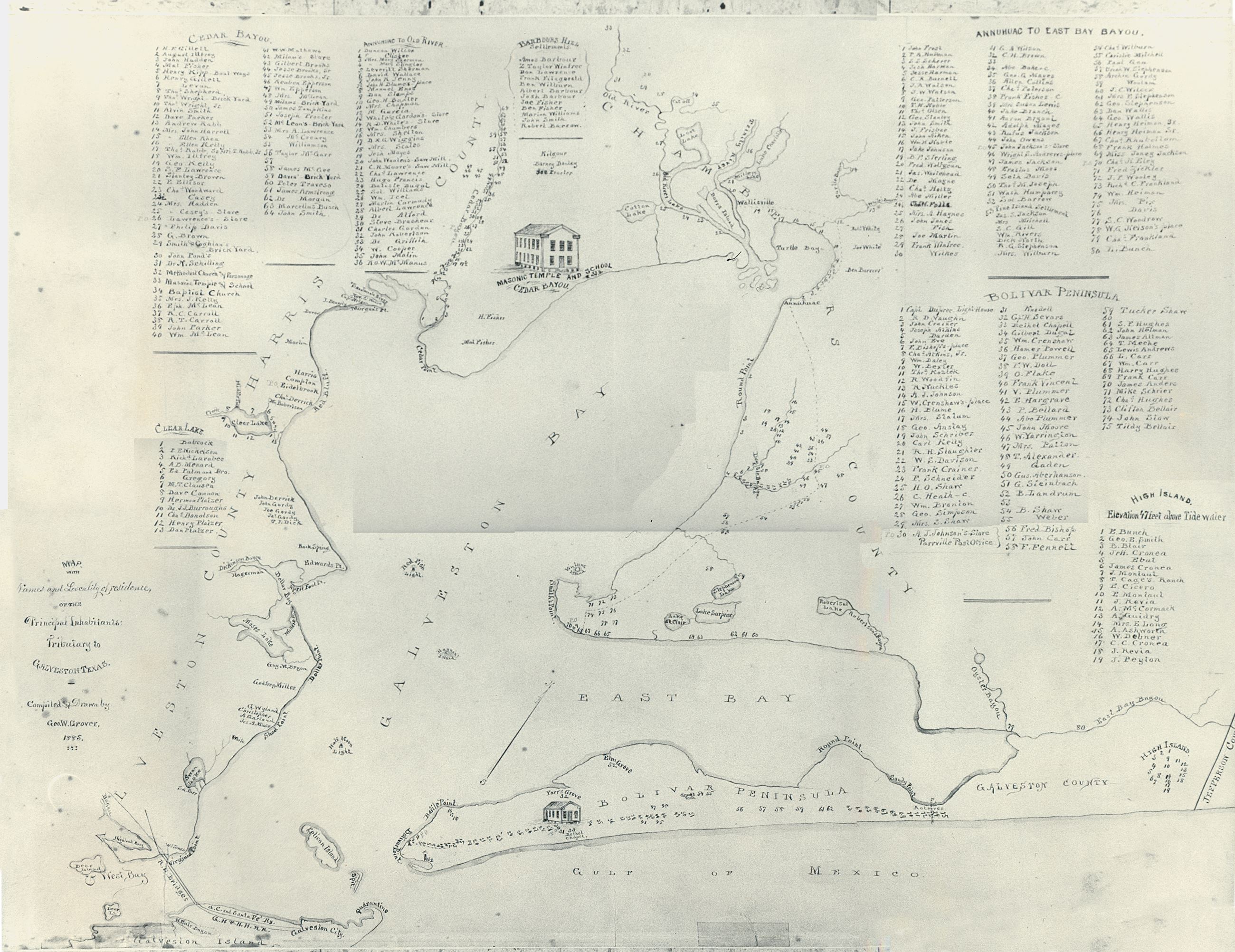 One community founded in the area during this time was Austinia. Laid out near the mouth of Moses Lake, Austinia only existed for about two years, from 1837-1839. It had been planned as a railroad stop, but plans for the railroad routes changed, and the community was abandoned.

Campbell's Bayou, located about three miles from Shoal's Point, was founded by James Campbell and his wife Mary sometime between 1817 and 1821. Campbell had been a privateer and Jean Lafitte's lieutenant, but left Lafitte's company when Lafitte was forced to close his base in Galveston by the U.S. Navy. Campbell settled down to raise cattle and fruit, and some of his children remained in the little settlement. Campbell's daughter Diana married a German immigrant named Solomon Parr, who ran the ferry to Galveston until the Civil War, when he enlisted in the Confederate Army. The Parrs had a number of children, many of whom also stayed in the little settlement of Campbell's Bayou. 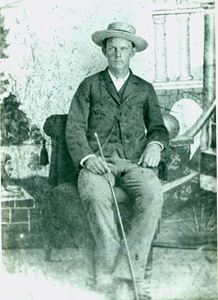 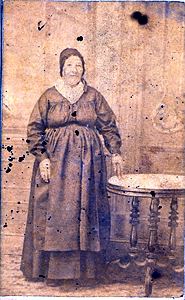 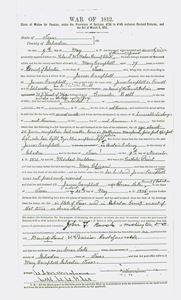 Shoal Point, situated near what is now the base of the Texas City Dike, was established about two miles from the lighthouse built by the U.S. Government in 1854 to provide warnings for ships travelling in the Gulf Coast area. Henry Wilcox and his wife, Almira Bowles Wilcox, settled about a mile south of Shoal Point in 1839. Almira had received a grant for land at this site as part of the estate of her late husband Sylvester Bowen, based on his service for the Republic of Texas. In 1869-1870, a one-room school house was built here for the growing number of children in the settlement. In 1878, a post office was created there and named Shoal Point. By 1892, there were about 50 people in the Shoal Point community (Campbell, 1990). 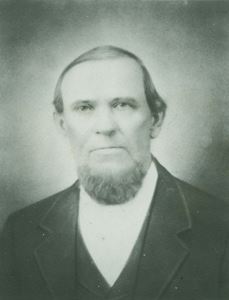 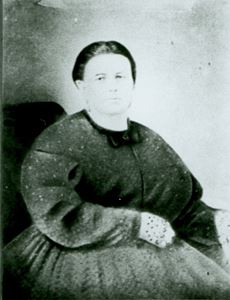 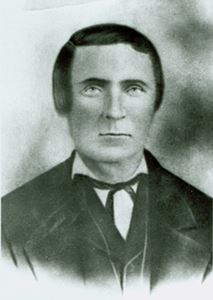 The settlements of Dollar Point and Miller's Point were founded in the 1840s, just north of Shoal's Point, by Gottfried Moeller and his wife Sarah. Moeller (also called Miller) fled Germany for America to avoid Prussian military service (Campbell, 1990).

By the late 1880s, interest in the port of Galveston began to increase rapidly. This caused a speculative interest in other potential sites for use in transporting products. Out-of-state investors, looking for investment opportunities for ports in the area, began to take a look at Shoal Point and the surrounding area. In 1891 to 1892, an investment group led by Jacob and Henry Meyers and Captain A. B. Wolvin from Duluth, Minn., bought 10,000 acres of land along the shore near Shoal Point as an investment. They hired a friend, Frank Davison, to move to the area to manage their investment project. Another early investor, Franz Kohfeldt, bought a large amount of land in the area after hearing the U.S. government was planning to build a deep-water port nearby.

None of these early investors, with the exception of Frank Davison, who was hired specifically to be an on-site manager of the project, lived in or near Texas City. But the consortium of investors quickly formed the Texas City Improvement Company to survey, plat and plan out the purchased area. In 1893 a new post office was created to serve the area, which was officially known as Texas City. Shoal Point was renamed Texas City to match the post office designation, and began its existence as a planned community and investment opportunity.

The new town of Texas City started small, but began to grow rapidly as a four-mile-long leg of railroad track was constructed from the city to the GH and H Railroad in 1893. A railroad station and hotel were quickly added to the town's businesses. Dredging of the Texas City channel so it could connect smoothly with the Galveston channel began, soon reaching a depth of 16 feet. Docks were built and a 1,000-foot-long railroad trestle pier was constructed.

The Texas City Mill and Elevator Company, a five-story mill with elevators, was begun in 1896. By 1897, there were 37 businesses and 500 people in the young community (Campbell, 1992). Cotton and grain were exported, but the young port had difficulty competing effectively with the larger, more established ports of Galveston and Houston.

In pursuit of rapid growth for the city's investors, the Texas City Improvement Company took on significant debt to finance large capital expenditures. Service of this debt became difficult and in 1897 the Texas City Improvement Company declared bankruptcy. Investor A. B. Wolvin quickly reorganized the company into a new holding company called Texas City Company to more effectively obtain financing to meet the needs of the developing city. This pattern of reorganization and restructuring of the holding company would be followed several times in the early decades of the city's existence.

In September 1900, the Great Storm struck the Texas Gulf Coast, devastating not only Galveston, but also the community of Campbell's Bayou. Property damage from the hurricane was heavy in Texas City; the Shoal Point lighthouse was destroyed, and the lighthouse keeper was killed. Dredging work by the U.S. Corps of Engineers in the Texas City channel was interrupted for several years, but eventually resumed and in September 1904, the first ocean-going steamship, the S.S. Piqua, arrived in the Texas City port. 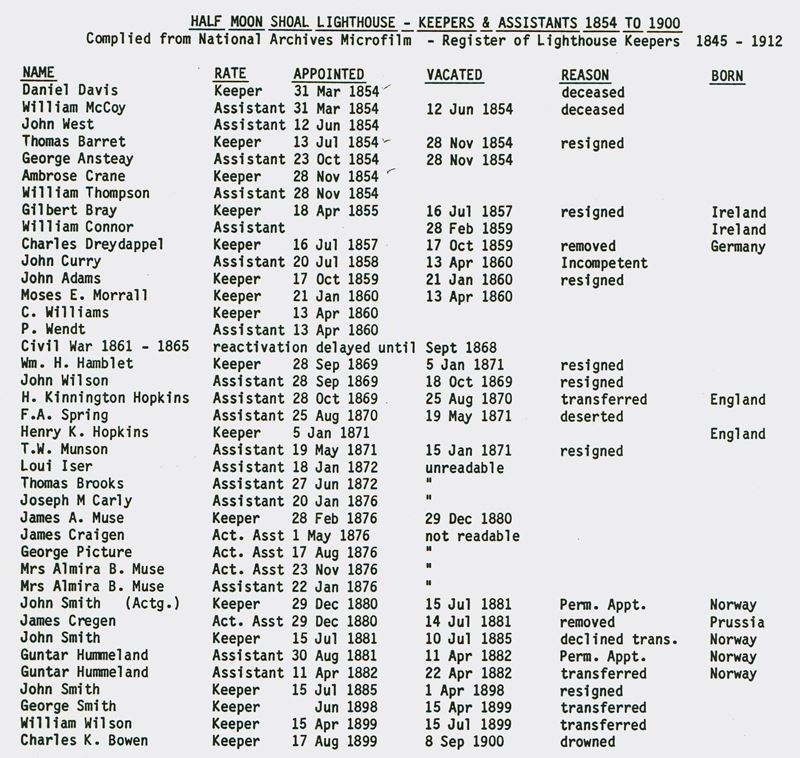 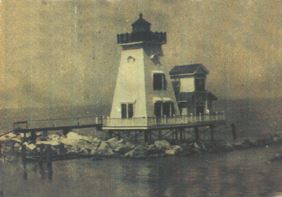 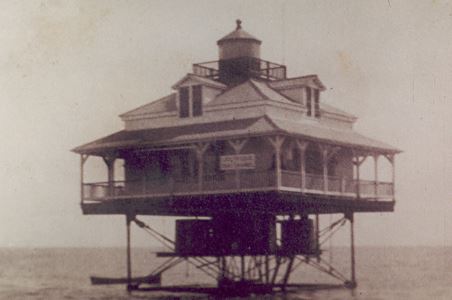