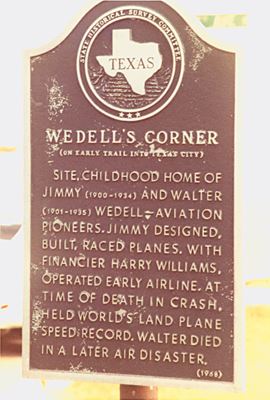 James "Jimmie" Robert Wedell was well-known in the 1930s as a racing pilot and airplane builder. Wedell broke the world record for land-plane speed in 1933 when he clocked 304.98 mph in a plane of his own design (Aeronautics, 1934). He won the Thompson Trophy (an air race) in the same year (Jablonski, 1980). Planes built by Wedell's company, the Wedell-Williams Air Service Corporation, won 14 "distinguished finishes" in the Thompson and Bendix Trophy races (Hirsch, 2001).

James Wedell was born in Texas City, Texas, to Robert C. and Ida Wedell on March 3, 1900. The Wedells had two other children, Elizabeth and Walter. Robert Wedell operated a bar on the Texas City waterfront. The family lived on 10 acres of land located at 9th Street and 4th Avenue South known as Wedell's Corner.

Jimmie and his brother Walter showed an interest in mechanics early in life. The boys were frequent visitors to the Army airfield that opened in Texas City in 1913. Jimmie Wedell dropped out of school after the ninth grade, but had developed a keen interest in aviation and continued to educate himself in the areas of physics and mechanical structures (Hirsch and Shultz, 2001).

At 17 he opened a garage behind the family home where he made spending money by working on cars and motorcycles (Hirsch and Shultz, 2001). With his profits, Wedell bought two crashed planes from Ellington Airfield for $800. Using the body of one plane and parts from the other, he managed to get the plane in working condition so that he could learn to fly.

Wedell aspired to join the Army as a pilot, but a motorcycle accident from his teen years left him blind in one eye, which made him ineligible for service. Jimmie continued to fly despite his visual impairment and became known as the Air Hobo in Texas (Hirsch and Shultz, 2001). In the first half of the 1920s he earned money barnstorming across the state, giving flying lessons, doing freight and charter work, and flying contraband such as guns and rum from Mexico into the United States. During this time Jimmie met his wife Mae in Port Arthur, Texas (Hirsch and Schultz, 2001). 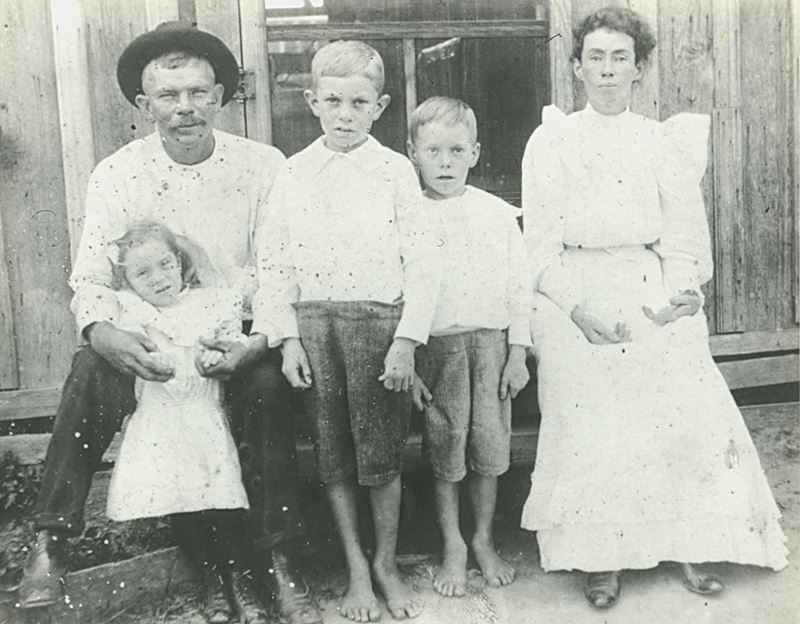 Jimmie Wedell died on June 24, 1934. His Gypsy Moth Trainer plane crashed while Wedell was giving flying lessons to a student. The student survived the crash. Wedell's death garnered national attention, including a column by Will Rogers and an article in Time magazine. He was remembered for his love of speed, his innovation in the design of racing planes, and his reputation for donating his time and talents to those in need (Medicine: Babies, January 8, 1934). James Wedell's funeral was held in New Orleans, and he is buried in the Columbia Cemetery in West Columbia, Texas.