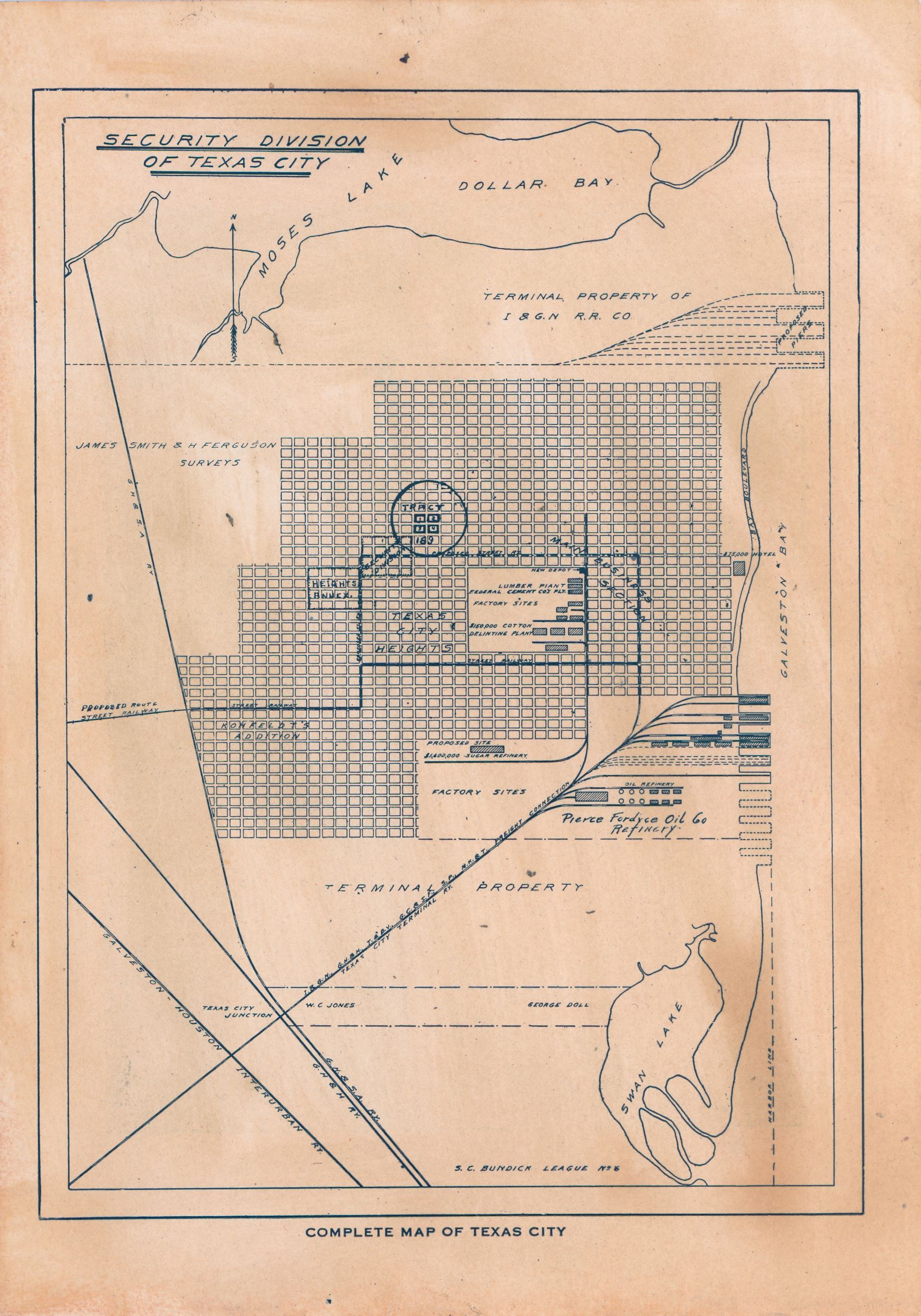 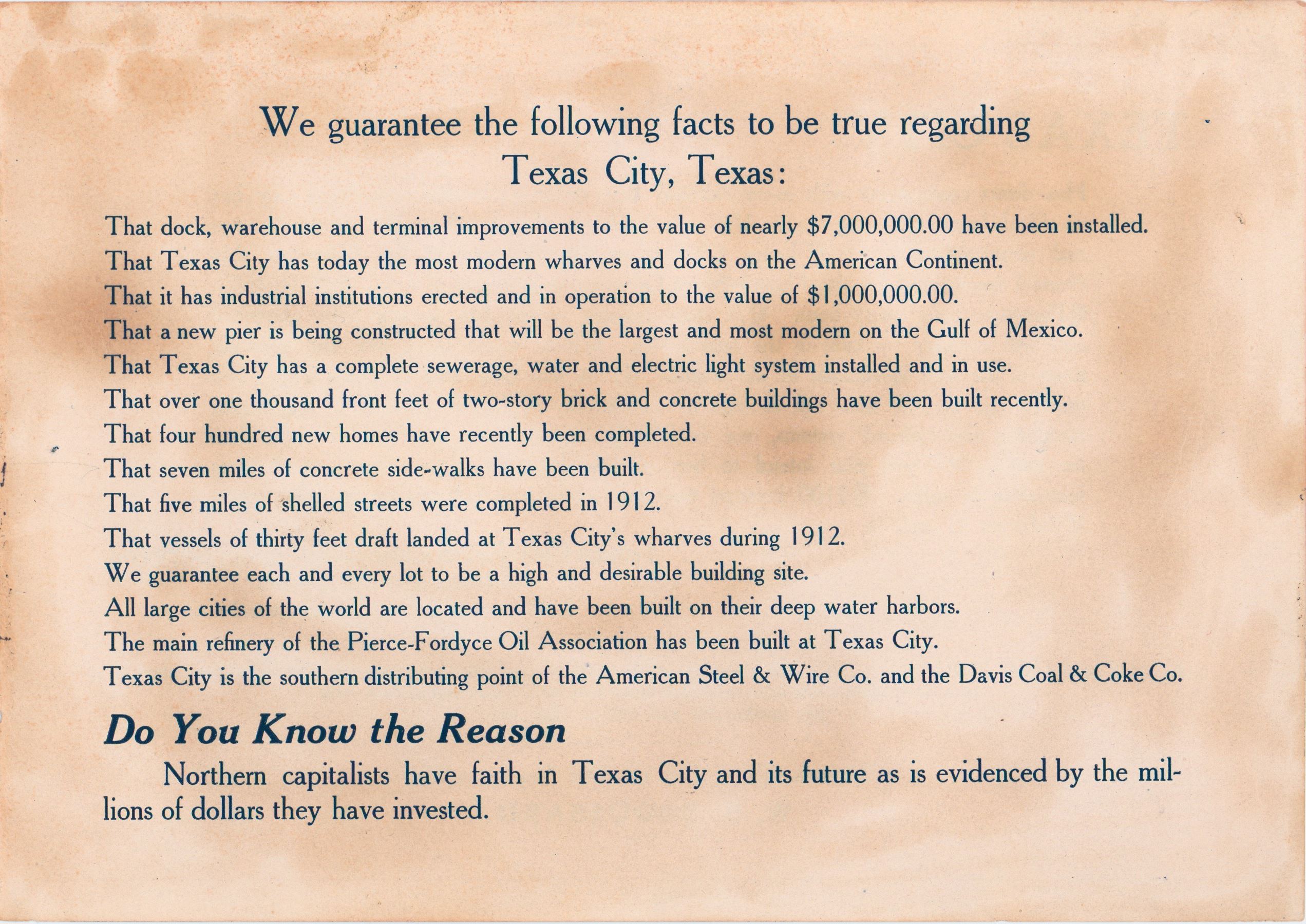 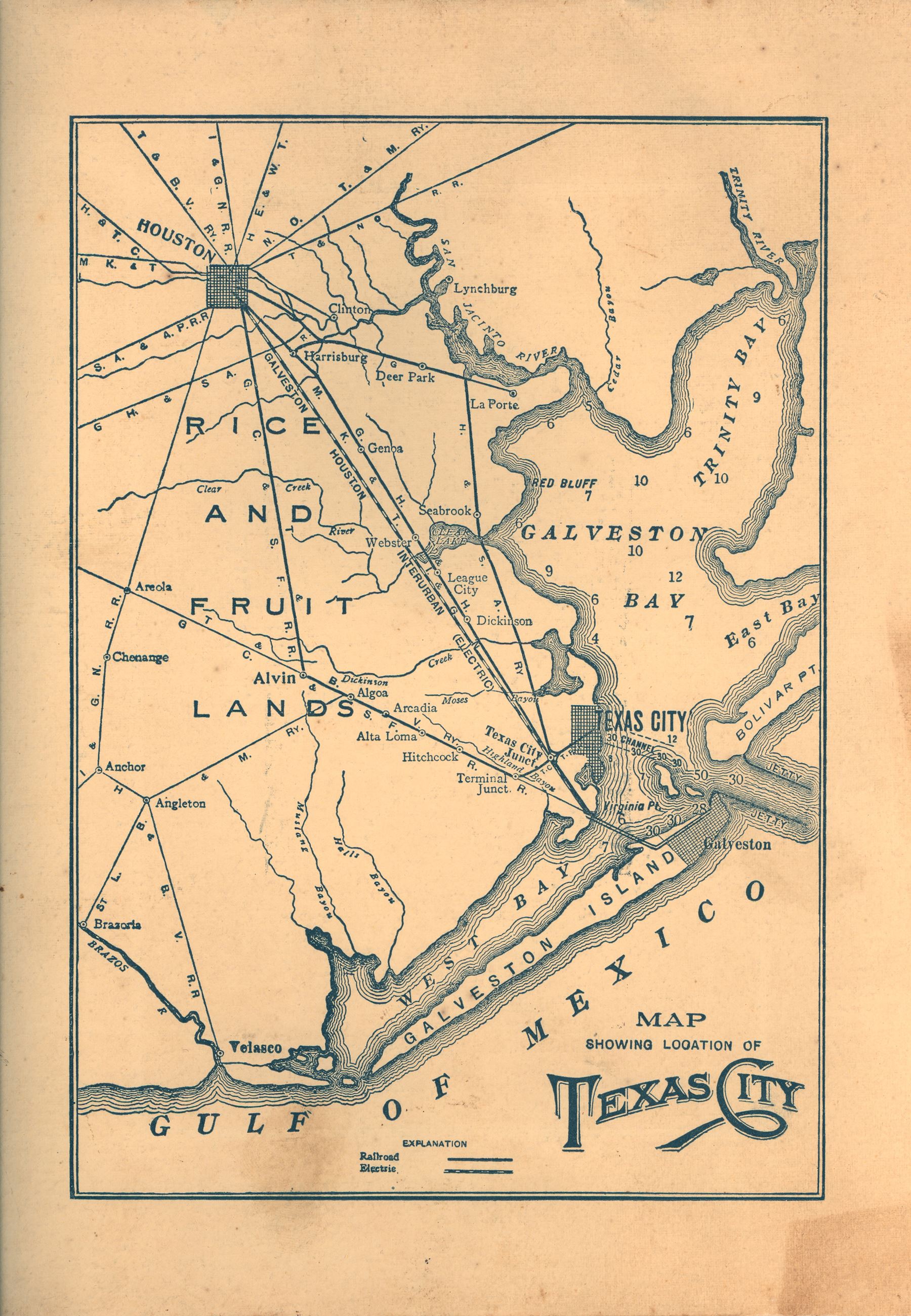 Texas City at the Time of Incorporation

During the decade of 1900 to 1910, Texas City experienced a period of rapid growth. In 1901, a two-room school was built on Fifth Street between 3rd and 4th Avenues for community children. By 1905, there was both a Methodist and a Baptist church in town. In 1905, The Texas City Independent School District was formed. In 1907, the Texas City Terminal Railroad was connected with the Galveston, Colorado and Santa Fe railroads. In 1908, Texas City Oil Refining Company started the first refinery in Texas City.

Population counts varied widely between 1895 and 1909, but by 1910, the population of Texas City had exceeded 1,500. There were churches, a school, a number of small businesses, some larger businesses and access to multiple types of transportation. The 1910 Galveston County tax valuation for the company land and terminal facilities was $30,326,270 (Benham, 1987). The town looked poised to grow even more rapidly in the next decade, and the future of Texas City looked bright to its citizens and investors. 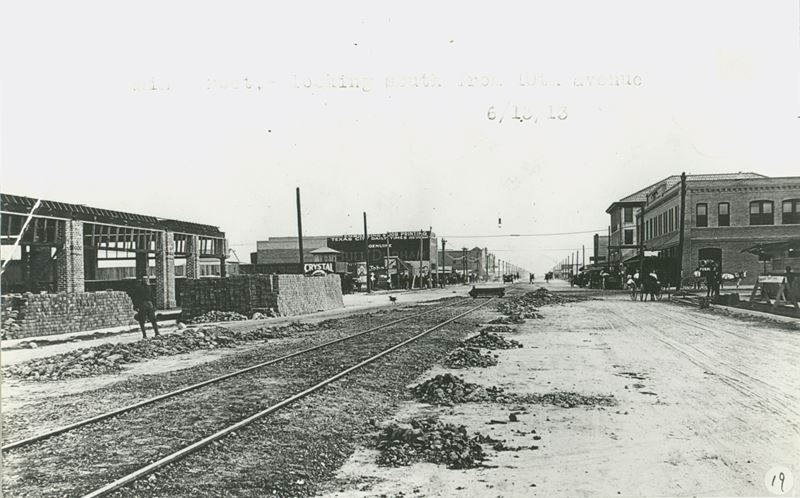 Although the port of Texas City had had difficulty in attracting shipping business from the Midwest as originally envisioned by its early investors, A.B. Wolvin developed trading interests with Mexico to ship sisal, cotton and fruit through Texas City's port (Benham, 1987). Wolvin hired Hugh Moore, a young businessman from Tennessee, to manage the terminal facilities, handle land sales and market the project. The Mexican government established a consul at the port of Texas City, and Pierce Oil, which held oil fields in Mexico, was considering building an oil refinery in the area.

Texas City was started as a planned community, and remained that way for many years. Land that fronted the ocean or the port areas were reserved for transportation, port use, or industry. Land for industrial sites was offered without charge and wharf fees were waived in an effort to draw business away from neighboring ports such as Houston and Galveston (Benham, 1987). Unlike other local communities in the area, lots were platted.

The Texas City Improvement Company provided water and sewer capacity, regulated property sales, encouraged development of community institutions such as churches and schools, and put in some infrastructure such as electricity, sidewalks and shelled roads. The restrictions on the property use and sales formed the basis for later zoning ordinances for the young community (Benham, 1987). 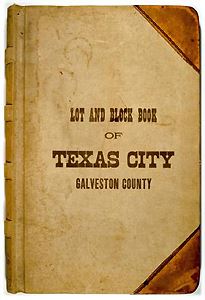 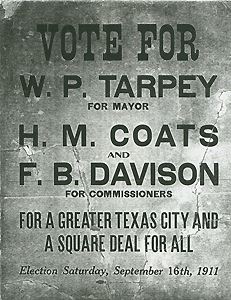 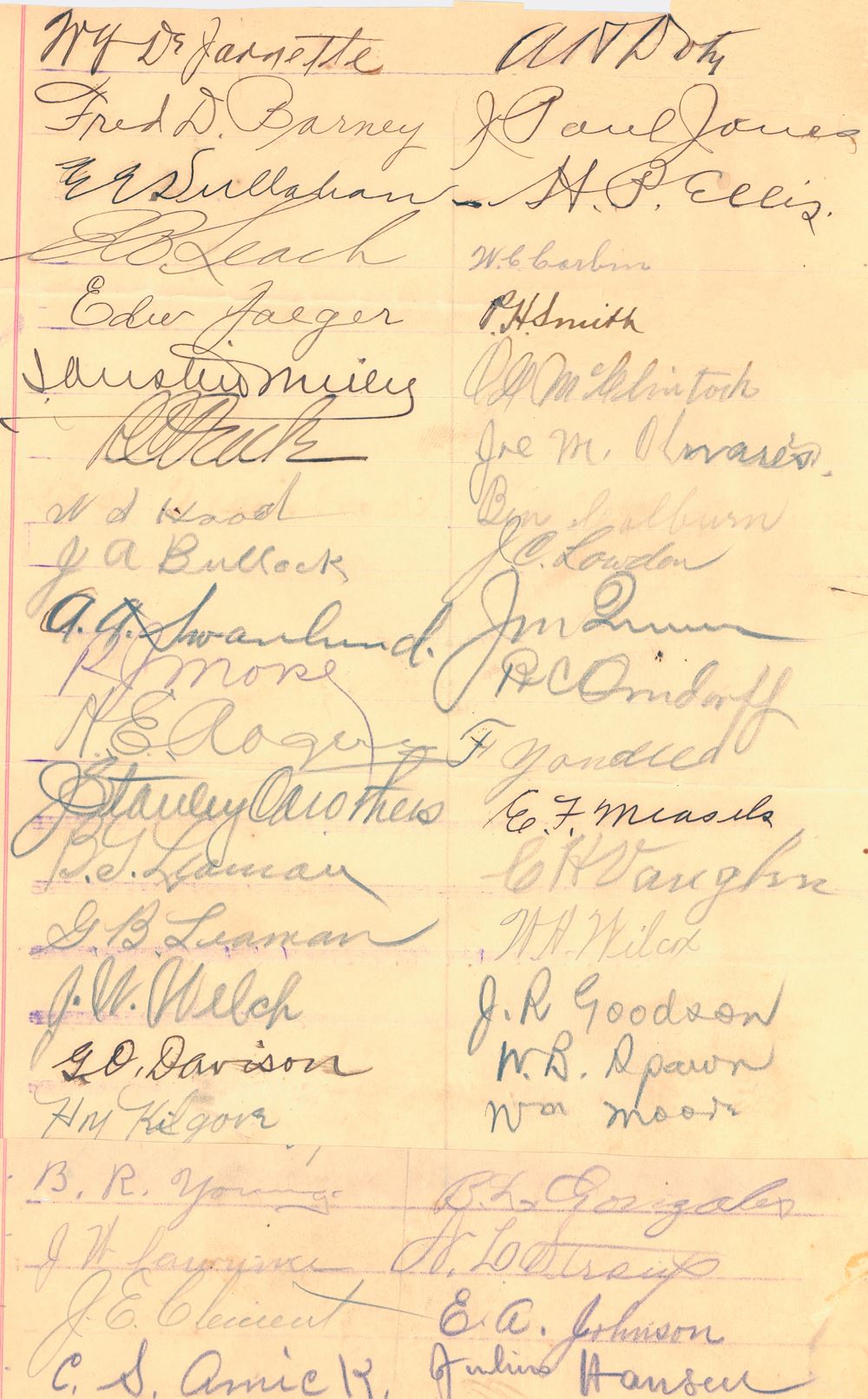 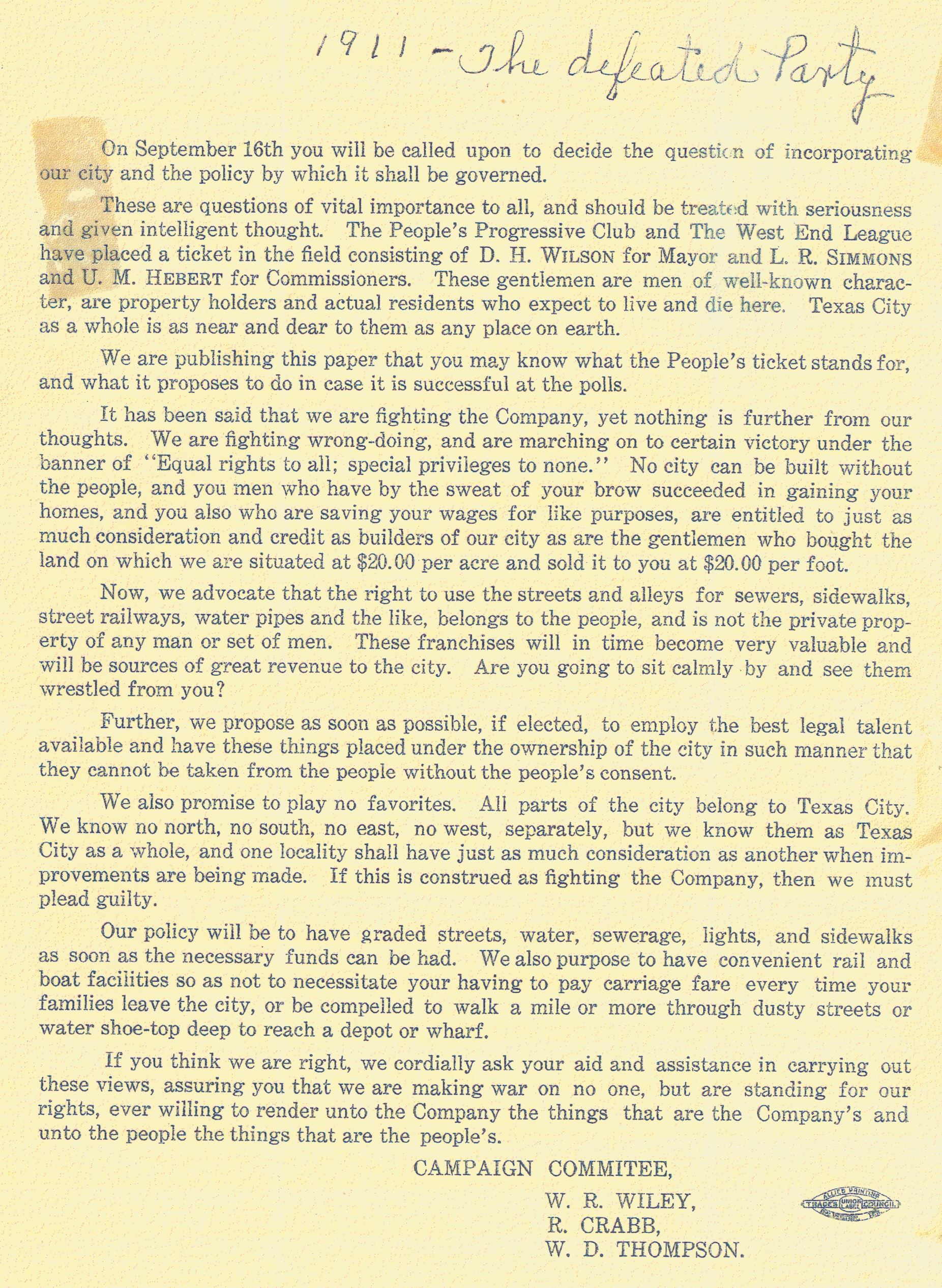 In 1911, an election was held to incorporate the town. W P. Tarpey was elected as the first mayor of Texas City. Elected at the same time were two commissioners, H. M. Coats and Frank Davison. The settlement of Texas City (formerly Shoal Point) was now officially the city of Texas City.