Frank Burt Davison and his wife Florence Grace Davison moved to Galveston County from Michigan in 1891 (Mrs. Davison relates, 1938) so that Frank could work for the Myers brothers and A.B. Wolvin as the resident manager of the Texas City Improvement Company in what would eventually become the city of Texas City. At this time, there was great interest in the investment potential of the land around Galveston Bay; many hoped that the area could become a port and compete with nearby Galveston for shipping traffic.

Unknown circumstances delayed the Davisons' move to a permanent home until the spring of 1892, when they moved to Shoal Point, the promontory of land next to what is now the Texas City Dike (Hamilton, 1984). They moved into a house bought by Jacob Myers and his associates from a family named Weyland. Frank Davison was close to 37 years old when he first came to Texas with his wife and four children, the youngest of which was just a few months old. Frank had experience in merchandising, running a store and a running a hotel in Damon, Mich., in partnership with two of his brothers (McClintock, 1990). 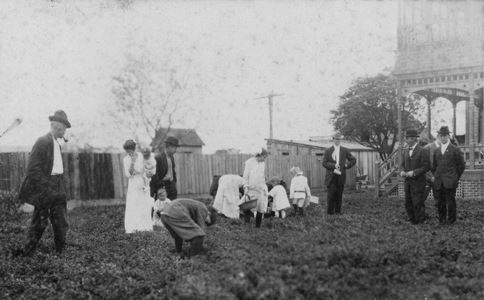 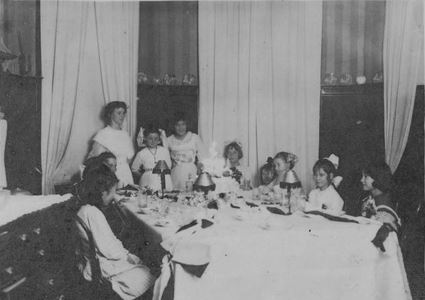 In 1893, Frank became the first postmaster of Texas City (Hamilton, 1984). He resigned as postmaster in 1897. When Texas City incorporated in 1911, Frank became one of the two first Commissioners ("Government of Texas City," 1938). By this time, the Davisons' had four more children, and their large family had found a new home. Florence Davison reportedly sold some stock that she held in the Texas City Improvement Company before that entity went bankrupt in 1897. With this money, the family built a house on 3rd Avenue just before Bay Street, which fronted the water. The three-story house with covered porches on two sides took two years to build, from 1895 to 1897. The cypress wood to build it was shipped from Louisiana. It still stands today and is located in what is now known as Heritage Square; it is one of the oldest houses in Texas City (Hamilton, 1984). 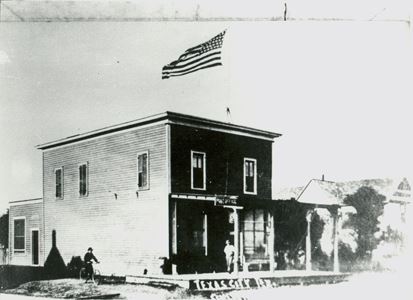 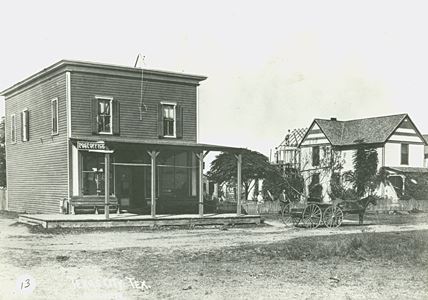 Frank Davison's numerous business interests included a general store. He first partnered with WH. Gonne, opening the Davison and Gonne Store in 1894. Later he opened his own store, called the Davison Brothers. The store had various locations through the years. For perhaps a year and a half, it operated out of their new home, but afterwards it was run out of the Southern Hotel for many years. Frank Davison also had a partnership in an early real estate concern, called Davison and Smith Real Estate. Davison served on the Texas City school board and was a member of the board of directors of Texas City's first bank, called the Texas City State Bank (Hamilton, 1984). When Frank Davison eventually became ill and passed away at the age of 80 in 1935, Mayor Emmett Lowry declared an hour-long moratorium on all business affairs in Texas City in honor of Frank Davison and his role in the community ("Mrs. Davison relates," 1938).