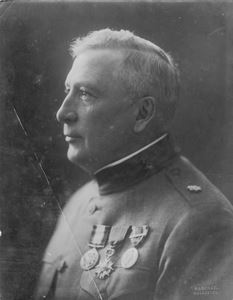 Born to Horatio R. and Anne Hunt Moore on January 11, 1874, in Huntland, Tenn., Hugh Benton Moore became a significant player in the development of Texas City. Moore's father, Horatio, was an attorney and legislator in Tennessee, as well as a commander in the Confederate Army during the Civil War (Benham, n.d., Moore). As a boy, Hugh was educated in Tennessee public schools and left home in his mid-teens to become a messenger on the Texas and Pacific Railways (Funeral, 1944). Hugh continued to work for various railway companies for several years thereafter, getting his start in what would be a lifetime of work in transportation industries.

Hugh married Helen Edmunds in 1905, and the couple moved to Texas City when Hugh became a manager of the Texas City Terminal Company. When the couple first arrived in the city, they lived in the Southern Hotel for two months and then bought a house at 202 3rd Avenue N In 1912, the Moores built a large new home on Ninth Avenue and Bay Street that is still standing today. The Moores spent most of the remainder of their lives in Texas City. 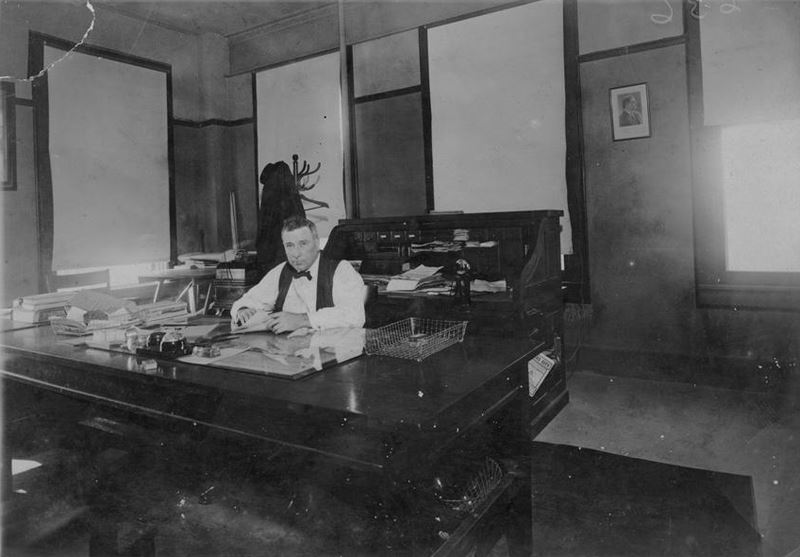 Moore worked with Augustus Wolvin to convince the federal government to widen and deepen the Texas City Ship Channel with the goal of establishing Texas City as an international shipping port. Moore also lobbied the federal government to provide monies to build the Texas City Dike. Throughout his career in Texas City, Colonel Moore made it his business to attract new industry to Texas City. Moore was responsible for convincing investors to build the Texas Sugar Refinery in Texas City, the Knox Process Corporation, the Stone Oil Refinery, and tank farms for the oil companies already operating in the city, as well as attracting a company to provide passenger bus service to other cities in Galveston County (Benham, n.d., Texas). Moore was also a key player in convincing the U.S. Army to establish the Army Camp and First Aero Squadron in Texas City.

Moore earned the rank of Colonel in the U.S. Army in 1918, during World War 1. He served under General Pershing as the general superintendent of the Army Transport Service in France. During the war, Moore used his experience in the transportation industry to direct the transport of over 2 million men and supplies, including munitions and daily shipments of coal, to France. As a result of his service during the war, Colonel Moore received the Distinguished Service Medal from the U.S. government and the Legion of Honor medal from the French government (Funeral, 1944).

In addition to his efforts as a businessman, Colonel Moore was also active in civic associations such as the Texas City Masonic Lodge, the American Legion, and with his wife Helen and the Texas City Civic Club, was instrumental in starting the first public library in Texas City (Galveston, 1945).

Colonel Moore died in September 17, 1944, at a hospital in Santa Fe, NM. The Moores had a vacation home in New Mexico where they spent time every summer. They were vacationing there when Colonel Moore passed away. Funeral services were held in Texas City on September 22, 1944. In honor of his passing, the Texas City school district dismissed students for the day and many area businesses and Texas City's City Hall closed during the afternoon of his funeral (Funeral, 1944).