Hailing from Duluth, Minn., Captain Augustus B. Wolvin was one of the early investors in the fledgling city of Texas City. Wolvin was recruited by Jacob, Henry and Benjamin Myers to invest in property along the Texas shoreline with the aim of creating a shipping port to rival that of Galveston Island. That land would later become the city of Texas City. 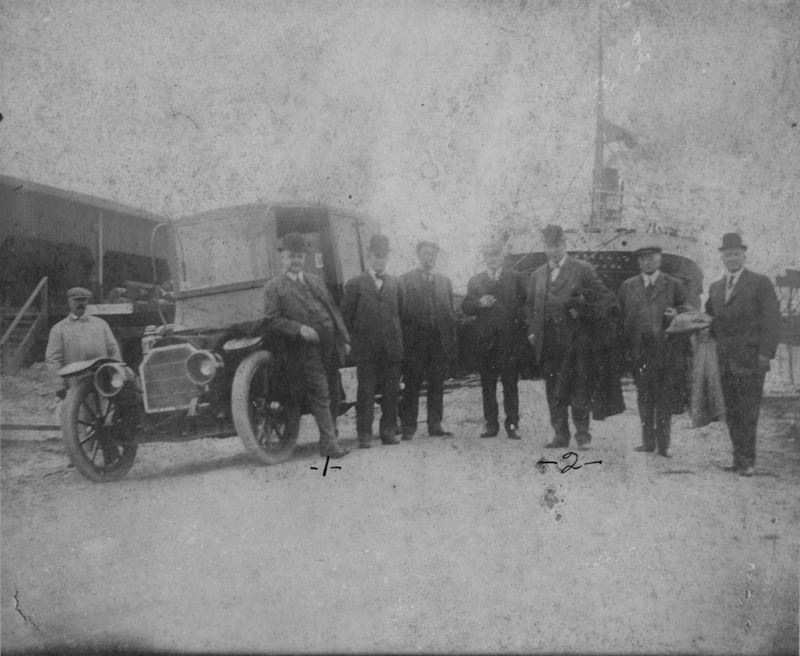 Augustus B. Wolvin had a history as a successful businessman in the shipping industry of the Great Lakes area before the Myers brothers took him on as an investment partner in Texas City. Born in 1858, Wolvin began working on his father's ships at the age of 10 and became a ship captain for Winslow Brothers of Buffalo at age 21 (Benham, 1988). As an adult, Wolvin owned many businesses in the shipping industry, including shipping lines and ship-building companies. His contacts and experience in the shipping industry ultimately proved vital to the continued development of Texas City.

Although Wolvin lived in Duluth, Minnesota, he was named the Texas City Improvement Company's first president in 1893. In 1897, the company went bankrupt and into receivership. It was bought out by Jacob L. Greatsinger, who then sold the company to Augustus Wolvin. Wolvin put together a new group of investors for the endeavor and split the company into two separate entities: the Texas City Company, for matters concerning the town site, and the Texas City Terminal Company, for matters concerning rail and the port. Wolvin retained directorship of both entities (Benham, 1993).

In 1899, Wolvin used his contacts in Washington, D.C., to convince the U.S. government to pay $250,000 to dredge and widen the Texas City Channel for the purpose of accommodating ocean-going steamships (Graham, 1945). The Hurricane of 1900 slowed this work, but the channel was completed in 1905 (Benham, 1993), allowing the port at Texas City to accommodate international shipping. Wolvin also lobbied the federal government to have Texas City named a port of customs (Wheaton, 1959).

Wolvin started two different steamship lines based in Texas City. The Texas City Steamship Company was primarily established for domestic trade. Wolvin Lines was to transport goods to and from Mexico (Benham, 1993). Wolvin brought Hugh Moore to Texas City as an assistant manager of the Texas City Terminal Company (Wheaton, 1959), and by 1913, the two men had managed to persuade the War Department to establish an Army camp in Texas City. This brought money into the fledgling city and also positioned Wolvin Lines as the obvious choice to transport soldiers to Mexico when the U.S. sent troops to occupy Veracruz in 1914 during the Mexican Revolution (Wheaton, 1959).

Wolvin donated land located at 3rd Street N and 6th Avenue N to the Texas City school district, which established the Wolvin School on the site.