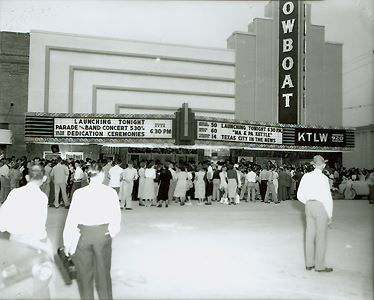 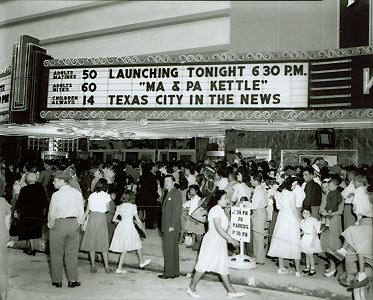 The Showboat Pavilion, located at 416 6th Street N, was constructed in 2001-2002 (Bernard, 2001b) on the site of the old Showboat Theater, which was torn down in 2000 (City of Texas City, 2002). The grand opening of the new facility was on April 12, 2002 (Clements, 2002). The Showboat Theater, a Texas City landmark that was damaged and rebuilt several times during the period of 1942 to 1949, was known for its neon tower, which lit up what was then the downtown district of Texas City. The new Showboat Pavilion's facade is similar to the previous building, including a replica of the tower, although without the neon lighting. The original tower was covered in green glass, and some of this was recycled to cover one of the new buildings' inner walls (Galindo, Hubert, Kessler, and Morales, 2002). 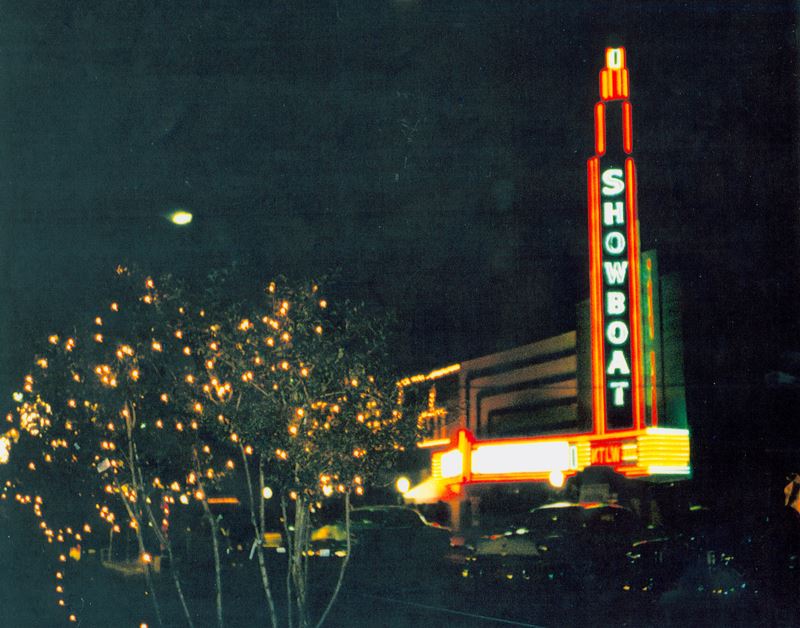 The Pavilion encompasses 6,600 square feet and is a structure designed to host both indoor and outdoor events. Two walls of the building have overhead "garage style" doors that roll up to open the building to the outdoors. It has a built-in stage and can accommodate 300 people at a time (City of Texas City, 2009). 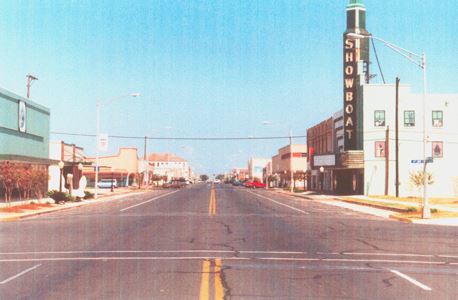 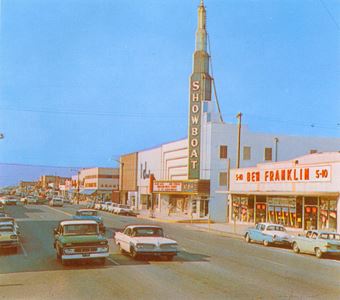